People keep asking what we think of the Hurts album.

We wrote a big long post about the whole thing but it just made us sad so we're going to leave it at 'we're not keen'. We've lived with it for a few weeks now so this is, sadly, our final answer.

They're still our favourite band and it doesn't feel very good saying that one of our second-most anti­cip­ated album of 2013 is less than great, but if we say it's great when it's not how will you trust us when we say the third album's a storming return to form?

If anyone would like the tape recorder, cassette and jacket leave a comment below telling us why we're wrong, and the person who comes closest to changing our mind gets the stuff. 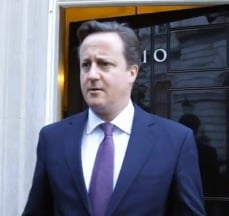 One Direction — 'One Way Or Another (Teenage Kicks)'