If you pre-order the new Hard-Fi album at HMV.co.uk, your order will be sent out with this amazing slip-sleeve cover. 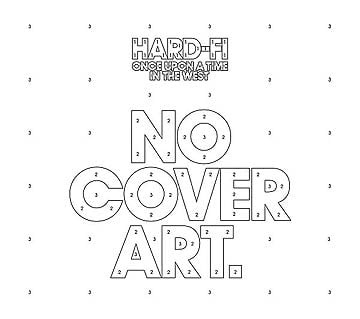 1. If you were Hard-Fi and you were on the verge of releasing a carbon copy of your first album, would you not attempt to steer clear of anything which brings to mind the phrase 'by numbers'?

2. If you were Hard-Fi and your entire new album campaign was being branded with artwork based on the premise that in this digital age artwork is reduced to a 1cm square on an iPod screen, would you not think that putting forward a special sleeve for a physical-only release totally defies the (already flimsy) logic of the whole campaign?

3. It's good to know all that political-cor­rect­ness-gone-mad scare­mon­ger­ing over excessive packaging and the end of the world hasn't affected Hard-Fi's desire to sell more albums, though, eh viewers?