We get sent four or five 'video remake' YouTubes a week — too many to feature, and too few that deserve to be featured — but certain ones stand out and this incred­ible take on Lady Gaga's 'Bad Romance', titled 'Badder Roimance' by those respons­ible, is worth a few minutes of your time. 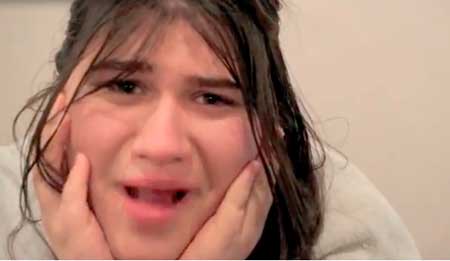 …who gets the g‑gagaface just right.

There are A LOT of these on YouTube. For example this one's had a bit of money spent on it:

And this one's like the first one but not as good:

And this one's MEN ONLY:

And that's before you even get into the song parodies. We could continue. We won't. But we could. (But we won't.)

Notes on 'Fireflies' by Owl City

A new Hurts video for a gloomy Monday afternoon