Hello! In theory you should only be seeing this if you're using a mobile or tablet. How's the site looking? If anything's wonky click here and tell us so we can fix it. Thanks! x
[youtube]eP_eI5T_deU[/youtube]

The well-timed appear­ance of Tulisa's debut single — we believe it is known in the trade as 'changing the con­ver­sa­tion' — reveals a strong and strangely beautiful debut.

Tulisa's single obviously makes sense to her for various reasons relating to The Things She Has Gone Through and works today on a level she could never have expected when she recorded it, so it's a pretty strong pop moment. But it's also designed to appeal to people who want an excuse to act like a dickhead, and we do wonder if there must be a few teenagers out there who are feeling a bit put out at the "don't judge young people when they make mistakes because they're young and that's what young people do" 'vibe' running through pop these days.

The thing is, plenty of young people don't go out and about 'making mistakes' and by making mistakes we mean being dickheads. Being a dickhead is either not something that occurs to them, or it's just not something they want to do. Most sig­ni­fic­antly, some might want to 'make mistakes', but they find the strength to resist being a dickhead. It's not easy to resist being a dickhead when people you're at school with are dickheads all the time. Nor is it easy when your peers get away with it, and it must be par­tic­u­larly hard work when they excuse them­selves by going "IT'S OKAY EVERYONE I'VE SET FIRE TO THE BUS STOP AND WAVED MY WANGER AT AN OLD LADY BUT I'M YOUNG RIGHT!!!!". 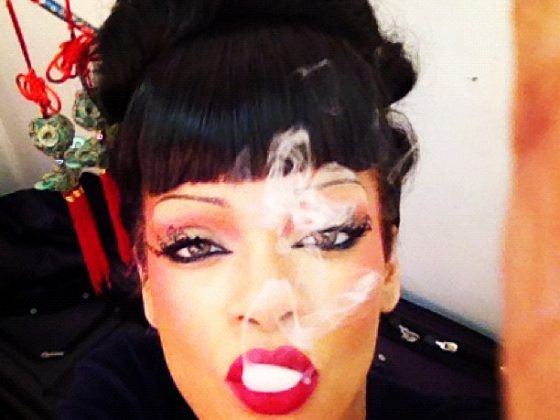 Is Rihanna on a Princess Of China video shoot?