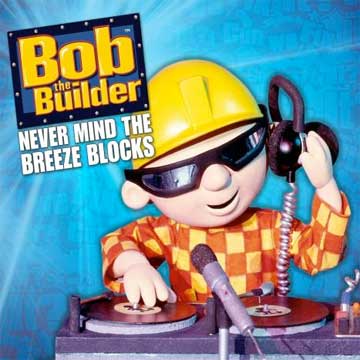 We're not sure what says most about the legacy of punk: John Lydon's butter com­mer­cial or the title of the new Bob The Builder album. It's a dead heat, but between them they probably say everything.

Still on a Bob tip, we also like the fact that his comeback single's called 'Big Fish Little Fish', so Team Bob are clearly very aware that, as well as having a big appeal with failed punk grand­par­ents, Bob will also be selling to parents in their 30s who, a few years ago, spent every weekend in ware­houses and fields mashed off their tits on the killer rave drug ecstasy. Elsewhere on the album the song title 'No Hat, No Boots, No Job' is fairly wonderful, although album tracks called 'Working In Sunshine', 'Hey Wendy' and 'Is This The Way To Sunflower Valley' are a slight cause for concern.

The new Christina video: not finished but already brilliant

What do you think the next two singles from the Pink album will be?