Can you believe it’s been a whole year? At 8pm on Saturday, viewers of The Voice will have to put their excite­ment on hold for a week as the BBC gets on with the far more important matter of flying the flag at the 58th annual Eurovision Song Contest in Malmö, Sweden.

Last year 78-year-old crooner Engelbert Humperdinck crashed and burned into second-last position with 'Love Will Set You Free'. Fortunately the BBC has learned a valuable lesson from that disaster, and have drafted in dynamic young ingénue Bonnie Tyler with the power-ballad 'Believe In Me'.

In fairness to The Artist Formerly Known As Gaynor Hopkins, it's a much catchier song than The Hump’s rather dirgey effort, but it's safe to say that the chances of her bringing it home are fairly slim.

Still, for every quarter-arsed British effort, there are always a fair few bona fide corkers on display – as proven by Sweden’s still stag­ger­ingly brilliant 'Euphoria' by Loreen, which of course won last year and went on to top the charts in 17 countries and hit the Top 3 in the UK despite no airplay what­so­ever. Not to mention the inev­it­able acts of unmit­ig­ated lunacy that help make the contest such a uniquely brilliant experience.

Here are a few high­lights to watch out for:

According to the bookies, the contest is likely to stay in Scandinavia for a second year, which will doubtless cause a large number of stupid people to make angry noises about ‘political’ voting, handily ignoring that the contest has also been to such diverse locations as Germany, Russia and Azerbaijan in recent years. Denmark’s Emmelie De Forest (seriously, what a name!) sounds like Marina & The Diamonds cutting a record with The Corrs, but far more wonderful than that prospect probably sounds. One listen and the chorus will be stuck in your head for days.

Norway: Margaret Berger – 'I Feed You My Love'

Connoisseurs of icy Scandinavian electro-pop may be familiar with Margaret Berger, whose 2006 album 'Pretty Scary Silver Fairy' is literally very good and spawned the amazing and cruelly over­looked singles 'Samantha' and 'Will You Remember Me Tomorrow'. 'I Feed You My Love' comes on like Beth Ditto fronting Depeche Mode, and is exactly as amazing as that prospect probably sounds.

Subtlety being ever the watchword of Natalie and co from Cascada, 'Glorious' essen­tially takes Loreen's 'Euphoria' and puts a massive donk on it. It won’t win any points for ori­gin­al­ity, but it’s still a mighty tune in any hands, and this year's most danceable entry by some distance.

You can always tell whether it's going to be a good Eurovision or not by the presence of the oblig­at­ory budget‑J.Lo hip-wiggler. Thankfully, noted Latin hotspot Belarus has stepped up to the plate with this dated but hummable slice of complete nonsense.

Russia: Dina Garipova – 'What If'

Drafting in a col­lect­ive of warbling octo­gen­arian baking enthu­si­asts failed to bring it home for Russia last year, so they’ve gone back to basics with this inspir­a­tional powerbal­lad straight out of the X Factor Winners Single Songbook* (*before Simon Cowell started trolling indie favourites).

Having failed to qualify for the finals eight years in a row, The Netherlands are even more rubbish at this Eurovision lark than we are. Enter Anouk – a big star at home and across the continent, and widely tipped to restore some national pride to the belea­guered Dutch. There are shades of Lana Del Rey to this moody torch song and it should be a welcome shot of under­state­ment among the sur­round­ing madness.

Another big favourite with the bookies, the Ukrainians can prac­tic­ally taste a second victory with this overblown Disney screama­thon. Never a Eurovision nation renowned for their subtle approach to stage gimmicks, the smell of success has really tipped them over the edge this year. Zlata will be joined onstage by the world’s tallest man, who will play "a magical warrior whose job is to defend her on her journey through the magical forest". Sure.

Speaking of gimmicks, the Azerbaijani visual hook is equally impress­ive, if mar­gin­ally less batshit. Farid will sing his song on top of a giant glass box in which an upside-down dancer will mirror his every move. Whether this stunt will suf­fi­ciently distract from the Des’ree-esque lyrics of the song ("Hold me/Just unfold me") remains to be seen.

Bless little San Marino. The smallest nation in the contest with a pop­u­la­tion of around 32,000, all they want to do is get into the finals for the first time. They might well do it with 'Crisalide', which starts off as a dramatic Italian ballad before kicking into full-blown disco mode for the final chorus. Expect a wind machine and acres of chiffon.

Romania’s Cezar Ouatu looks like David Blaine, sings like Sarah Brightman, enjoys a sparkly suit and is no stranger to a bit of eyeliner. His song sounds like an unholy com­bin­a­tion of disco, opera and Bon Jovi. This is Eurovision insanity in its purest, richest form and will doubtless be the 'down a shot' moment at viewing parties up and down the continent. 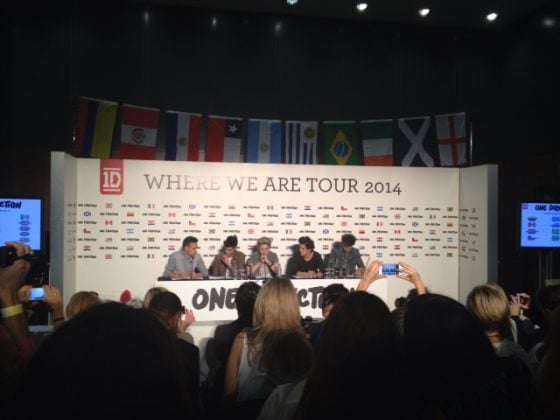