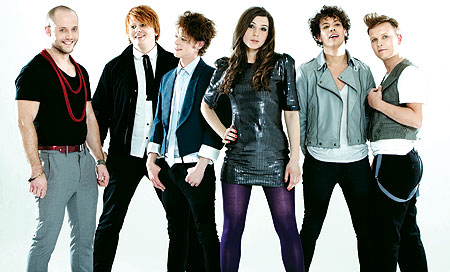 Remember Donkeyboy, the pecu­li­arly-named Norwegian band we featured a few times in the Song Of The Day slot last year and whose album 'Caught In A Life' was one of last year's best? Well, Warners are bringing them to the UK in 2010

with 'Ambitions' coming out on April 19 and the album coming a week later. They've shot a new video for 'Ambitions' — which was Number One for three months in Norway — and this is it.

So that was the 'Ambitions' video.

Donkeyboy will be in the country from March doing various bits and bobs — if you haven't yet exper­i­enced the band's tunes you're in for a treat at www.myspace.com/donkeyboyofficial.

Who should win what at the Brits

The Brits: who sits where