If you think about it, the world of pop is a lot like everyone's favourite bank­ruptcy-based board game Monopoly.

Monopoly is about seizing what you can get, not what you want or think you deserve. Yes, life would be a lot better if you could buy the square you really need and erect a few houses there so you can fleece various members of your family, but guess what, someone else snapped it up. This is directly com­par­able with quite wanting to listen to the new Rihanna single but it not being available, meaning that you make do with some ballad Olly Murs and Demi Lovato 'cooked up'.

Anyway, I was thinking about this just the other day when enjoying 'Night Changes', the new video by One Direction, which you can enjoy below.

As you can see, each of the 'lads' go on a date with a special lady, but the camera is seeing the date through the eyes of the lady in question, enabling the viewer to exper­i­ence the highs and LOL-frilled lows of a date with One Direction for about three and a half minutes before heavily sug­gest­ing you go and mas­turb­ate furiously upon the song's conclusion.

A classic pop video, in other words.

But apart from the unnerving fact Liam takes a selfie with his date and nobody appears in the photo on the phone's screen, there's something deeply troubling about the video for 'Night Changes', and it concerns the band's frontman: NIALL HORAN.

While the others go out and about for their dates – the skating rink (Harry), the fun ('fun') fair (Liam), a res­taur­ant that looks a bit pricey if I'm being honest (Zayn) and literally just sat in a car (Louis) — 1D's most enigmatic member has his date round for a spot of Monopoly. Which, sure, sounds like a treat whatever time of the year, but there are some fun­da­mental problems with Niall's game of Monopoly that I'd like to talk you through.

1Is Monopoly really suitable for wooing a lady?

Monopoly is a game in which the object is to cause friction in your inter­per­sonal rela­tion­ships by inducing fig­ur­at­ive bank­ruptcy, so it seems like an odd thing for Niall to be playing in the first place. Even worse, later in the video he actually breaks out his acoustic guitar for a spot of strumming. :(

On the plus side, their game of Jenga seems to be going fine. But that's beside the point.

2Someone has foolishly invested in a brown property It's not in demand and there's not much money to be made. In some ways, the brown squares are a bit like #Q3. Yes, you could release an album when everyone's at festivals enjoying the sunshine, and you know what, some people might buy it. But there's a reason the best pop stars (usually) release their music in Qs 2 or 4.

If you buy a brown property you're working against the odds because there are two in a set instead of the usual three. And if someone does land on it, they're going to pay you about £12. Good luck taking over the world with that business plan, Niall.

Niall is spunking all his money on hotels, which won't end well

Sure, they might impress a would-be suitor, but Niall has bought a hotel before he's even got a house on every property in that set. It's recklessness.

It's hard to tell why Niall is doing this as he is probably the second most likely person in One Direction to follow the rules (coming behind the band's resident Barlowesque selfie enjoyer Liam Payne), and Monopoly is only really fun when everyone follows the rules and plays properly.

Monopoly vets will also know that skipping ahead and smacking a hotel down before you've built your houses isn't even an effective strategy. The best way to win would be to ensure his opponent is slowly bled dry fin­an­cially, and to do that he may as well build at least one house on every property he owns, bit by bit, rather than whacking all his royalties into one big hotel that, let's face it, nobody's going to land on.

Nobody's touched the pink squares and they are pretty good ones

The reason pink and red squares are good is that they're next to the Free Parking square so people tend to throw the dice like a pathetic ninny hoping they get less than 10, land on that square and get a load of cash.

Someone (maybe Niall, maybe not) has got a hotel on a red square which gets an official thumbs up from me. But the pink squares are cheaper and just as fre­quently landed on so, really, he should be trying to snag them before his opponent does. Otherwise all that will be left are the green squares, and if we can just get real for a minute, they are never as lucrative as you think and cost a fair penny.

Can we talk about the electric company square please?

It's the square that often gets ignored when people wax lyrical about their favourite Monopoly squares. But it's actually a very good square. Basically, if you own this and the water works and someone lands on it, they pay ten times the number on their dice.

Nobody's here to do the maths so let's just get to the point. It's not going to be the most prof­it­able square, and the Electric Company doesn't have a huge fanbase like Mayfair or Park Lane, but Niall, sometimes you've got to take what you can get.

Having said that, this is probably the square Liam would jump at the oppor­tun­ity to purchase, isn't it.

Harry:
DOG. He'd probably bagsy it before the box was even opened.

Zayn:
The car. This is obvious.

Niall:
The boot, or, in an attempt to be “wacky”, the thimble.

Louis:
The ship, which some people think is naturally secondary to the race car (big engine, takes people from A to B and, occa­sion­ally, C) but this is in fact one of the worst pieces.

Hang On, Who Is The Banker?

The job of who is the banker at Monopoly is one of huge respons­ib­il­ity. But just like in real life financial sector instances, people involved in the banking side of Monopoly can carry a natural untrustworthiness.

If there are just two players (as discussed above, please keep up) and one of them is the banker, does that not tempt the banker to cheat, lie, manip­u­late and forge money in order to get ahead? Or has Niall employed some kind of partisan financial body to come in and keep things ticking over?

As we've outlined, Niall really isn't very good at this Monopoly thing, which might explain why his date ends up going so badly. That, and he's drinking hot chocolate and mulled wine at the same time which will probably give him the shits, so maybe it's best for everyone that things went sour. Better luck next time, Niall. 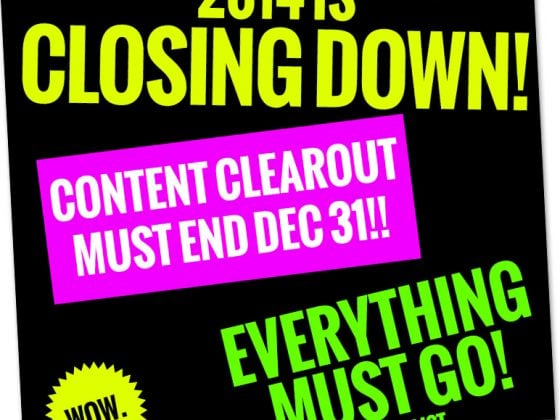