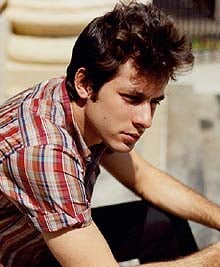 Once again the clever people at Radio One have looked into the future of popular music and decided what their millions of listeners should be hearing.

They have decided to start playing the following on the airwaves.

Basshunter 'Now You're Gone'
A quick look at the midweeks on Tuesday and seeing this was going to be Number One may or may not have influ­enced this decision.

Craig David '6 Of 1 Thing'
Pay no attention to rumours that he's 'half a dozen of the other'.

Duffy 'Mercy'
What would help this woman along would be if someone would tip her for 2008. Come on, 'music critics'! Give the girl a chance!

Paramore 'Misery Business'
A bit like Avril Lavigne but louder.

Mark Ronson feat Alex Greenwald 'Just'
Unlike a dairy cow, an album does not make dis­tressed yelps when it is being aggress­ively milked.

H 'Two' O feat Platnum 'What's It Gonna Be'
You will probably hear this on the top deck of the bus before you hear it on the radio.

Christmas seems a long time ago :(