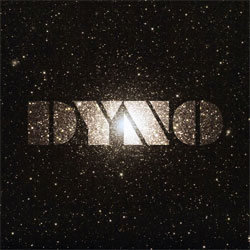 We have two songs that you need to listen to fairly soon. If you've got meetings today try to nip out of one seven minutes and twenty three seconds early; if you usually take an hour for lunch try to take fifty two minutes and thirty seven seconds instead.


Basically if you like Private, Alphabeat and other purveyors of the extraordin­ary pop tune then this will be right up your street. The tunes are by Swedish trio by the name of Dyno.

In 'recog­ni­tion on the web' terms Swedish trio Dyno aren't exactly a secret, but they're not not a secret either.

[youtube]C4HLukqkG9Q[/youtube] Yes this song has sort of been kicking around in a secret-but-not-secret way for Quite A Long Time but the video is pretty new.

Here is what Dyno say about themselves.

"DYNO is an earth­shak­ing, love­mak­ing, no-mistaking trio based in Stockholm, Sweden. They formed in September 2008 and have been quite pro­duct­ive since. Songs dealing with everything from anxiety-attacks, to mis­com­mu­nic­a­tion, to fairytales about whatever, all in the name of producing fresh and catchy music that everyone can enjoy."

We have heard what is tech­nic­ally called 'a shitload' of their tunes and it's all pretty exciting stuff. The band's songs have a habit of doing just what you want, just when you want it.

Here's the second track we wanted you to listen to. It's called 'Roki Road'.

Further reading:
» MySpace
» A signup thing to get a free (v good) song
» Dyno on Twitter

Apropos of very little: two Cyndi Lauper tunes from a few years ago