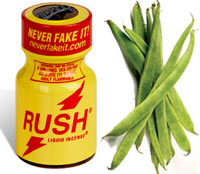 At Christmas, thoughts inev­it­ably turn to the birth of Jesus Christ and, in par­tic­u­lar, those gifts he received from the Three Kings: the gold, the frankin­cense, the myrrh.

Little is ever written about the fourth King. His was the gift of amyl nitrate. He got lost on his way to the stable having acci­dent­ally got off his box on ketamine and, at the point when Jesus was popping out, was checking into Bethlehem's only gay sauna, Mary's.

If that fourth King…

WE'RE GETTING TO THE POINT

…were alive today he would LOVE 'He's A Runner' by Star Alliance. It's an arms-aloft reswizzle of The Three Degrees' 'The Runner', featuring all-new vocals from the band's Sheila Ferguson.

Reading between the lines of Star Alliance's MySpace Top 8 you may quite rightly deduce that Star Alliance are actually another act pre­tend­ing not to be.

Sugababes fans may also be intrigued by this line from The Three Degrees' Wikipedia page: "Although always fronted by a three person line-up, a total of eleven women have rota­tion­ally rep­res­en­ted the group so far."

The Sounds are a band we like a lot