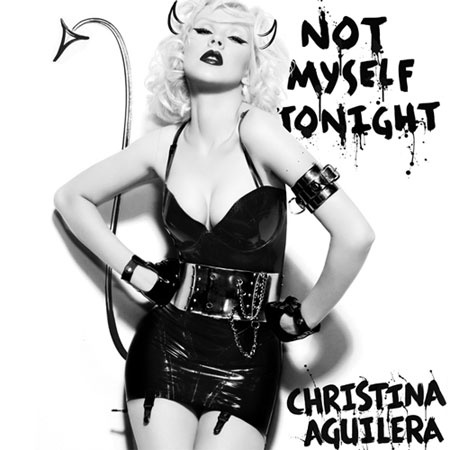 So the general thing re the new Christina Aguilera campaign is that they're unveiling different elements of the   every day until Friday.

Yesterday, after a lengthy countdown on her website, she unveiled the single title and artwork, which for fans expecting title, artwork, song and video rep­res­en­ted such an anti-climax that it seemed at one point that a murder was on the cards. Things have calmed down a bit, just in time for Christina's people to post something new: the song's lyrics.

You can read the whole lot on Christina's website but for your con­veni­ence we have sorted bits of the lyrics into 'BAD' and 'GOOD'.

BAD
"You wanna get crazy because I don't give a…"
"I'm out of character, I'm in rare form, and if you really knew me you'd know its not the norm"
"If you don't like it fuck you"
"The music's on and I'm dancing"
"You know tonight I am feeling a little out control"
"I'm kissing all the boys and the girls"
"Someone call the doctor cause I lost my mind"
"Yah, that feels good I needed that get crazy let's go that's right come on give it to me now, don't stop"
"I don't care cause this is my night"
"In the morning when I wake up I'll go back to the girl I used to be but baby not tonight"

Oh, and we've heard a report of what the song sounds like: appar­ently it's in the 'Boom Boom Pow' / 'Get Sexy' sort of area.

Lady Gaga needs an 'Alejandro' video. GET YOUR CRAYONS OUT

An 8bit of alright