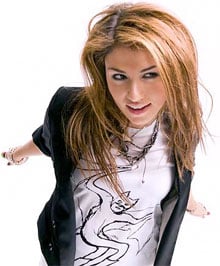 It's funny to think that if Gabriella Cilmi had launched her career with her new single 'Save The Lies' instead of 'Sweet About Me' she would have totally avoided the whole 'Winehousealike' accus­a­tions and would have simply been accepted as a quite good new pop singer with a quite good new single.

Then again, being compared to Amy Winehouse is probably only a negative thing in and around the media, and when it comes to people who actually buy the majority of the records you see in the charts the idea that someone is a bit like one of the biggest artists in British pop isn't exactly a bad thing.