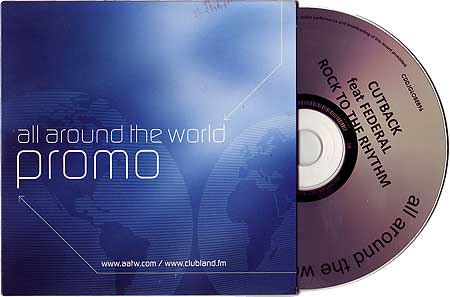 As part of All Around The World's quest to become the world's best pop label, they're on the verge of releasing something which, like most AATW releases, rep­res­ents either a year zero or a ground zero for popular music depending on your outlook.

The track's called 'Rock To The Rhythm', it's by Cutback feat Federal, and it's a re-recorded version of this sort-of-Britney bootleg…

…which we (and a lot of Popjustice readers) have been enjoying for a couple of years now.

It's on All Around The World so, yes, there is an Alex K remix with a donk on it.

We'd say this was a potential Number One. Failing that, the soundtrack to a DFS advert. Unfortunately we've thrown the press release away and we're not rummaging around in the bin so we don't know when it's out. SORRY.

The things that dreams are made of