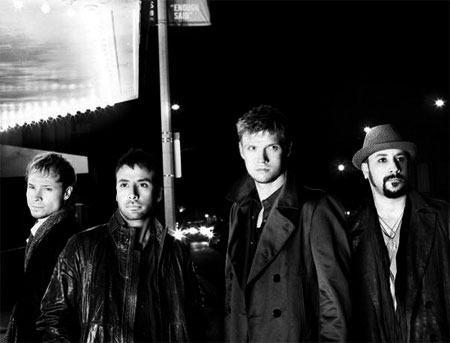 We had a chat with Nick Carter from the Backstreet Boys last week. He told us all about the new Backsteet album. Apparently one of the songs is "the new 'I Want It That Way'" (AMAZING) and when Wyclef Jean heard it he announced that it was going to "change music" (ALSO AMAZING). Have you heard their slightly bizarre new single yet? It's called 'Straight Through My Heart (Soldier Down)'. Odd. We'll put the Nick interview up soonish so 'keep your eye out for that one'. It's 'bound to be a diverting read'.

Just a little run-around to go down the shops in