We got a good thing in the post the other day. It's not quite up there with the Hurts box WITH THE COMB IN IT but if you are a fan of a) the Mark Ronson album and b) 7" singles in boxes you may find this of interest.

Firstly we should point out that the box with its nice snakeskin effect exterior comes shrink­wrapped with a sticker on the shrink­wrap. This is that sticker. 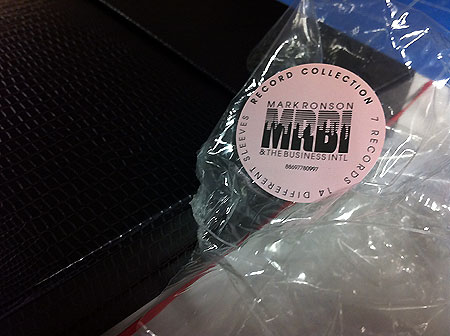 "7 RECORDS, 14 DIFFERENT SLEEVES" it says. And that is exactly what is in the box. Let's flip the lid (held in place by a very sat­is­fy­ing magnetic strip) on the box and have a look. 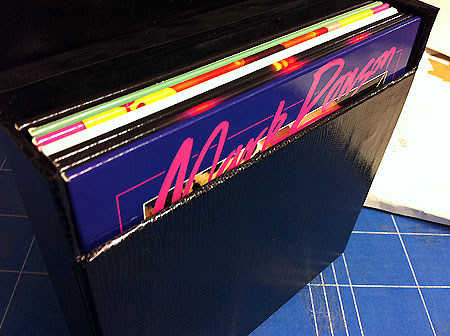 Let's pull some of the records out to have a look. As you can see here, all the 7"s in the box have com­pletely different artwork. It is probably meant to be a case of that thing where people go 'oh every song on the album could be a single'. (That is usually said by people who do not have properly func­tion­ing ears because most albums to have the 'every song could be a single' claim flung in their direction are about 60% shit.) 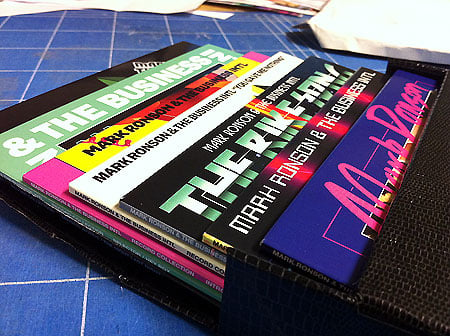 Let's have a look at one of the records in more detail. 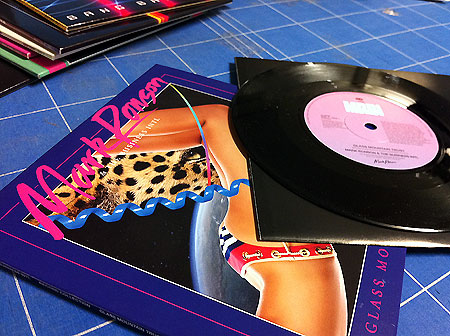 Time to inspect all the artwork. 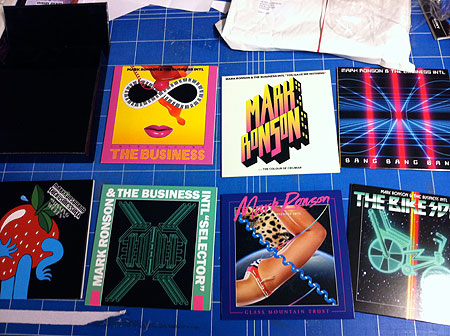 We're not keen on the straw­berry one (STRAWBERRIES HAVE NO PLACE IN POPULAR MUSIC) but the others are nice.

Obviously because there are fourteen songs but only seven 7"s, you have to turn the records over to see the artwork for the second song on the vinyl. For the other side, all the designs are based on Mark Ronson's face. Fortunately the pho­to­graph used for these sleeves was clearly taken before Domestosgate. 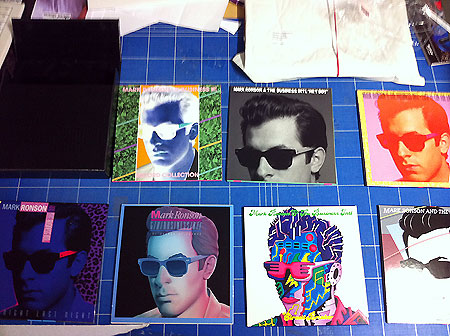 All in all: nice package.

And when I woke up my pillow was gone

Take That — The Flood