Avenue had their media showcase last Thursday in London, at a venue called @venue. The Avenue logo was on the floor. 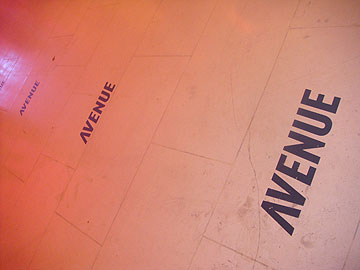 And on the bar. 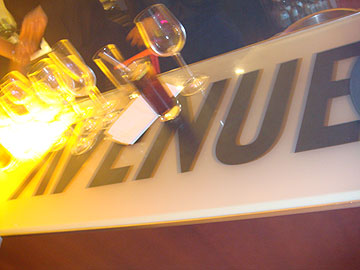 Here are some people enjoying ('tol­er­at­ing') our amazing DJ set. 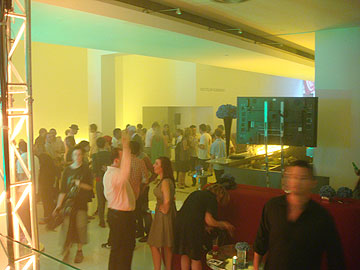 Most of them had left by the time we played Cliff Richard. They had built a special stage to sing and dance on, except they don't do proper dancing because that would just look silly. 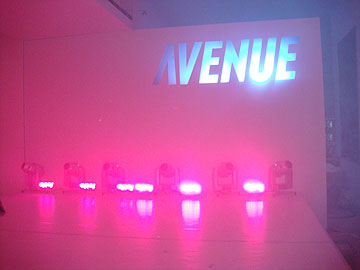 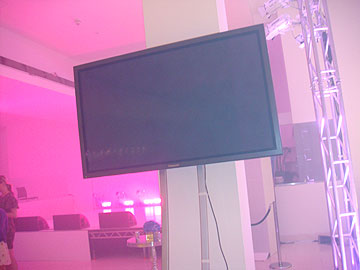 On the TV screen they showed a video in which it was proved beyond any doubt that there was demand for a boyband (ie there was some footage of 40 girls going mental on a schools tour) and then the Editor of Top Of The Pops magazine came on and said lots of stuff about pop being back. It was all terribly exciting. And then Avenue came on and did some songs then everyone left because it was really very hot and the free booze had stopped. That's about the time Boney M went on.