…and if you've found yourself thinking, "what's this song in the back­ground that goes 'YOU ARE SENSATIONAL! YOU ARE SO WONDERFUL!' in a semi-naff semi-amazing way", the answer is… 'Sensational'1 by Toyah2.

1 'Sensational' is a song that was featured on a sort-of-comeback album by Toyah in 2008. (This is it on iTunes.) We almost wrote a thing about the Weight Watchers ad on Monday but didn't get round to it for one reason or another which is fortunate in a way because while the world was deprived of this bound-to-be-award-winning 'music' 'journ­al­ism' for a full 48 hours, that did allow Toyah — in an excellent example of pop­syn­chron­icity at work — time to upload a new video for the song. The new one is the one you see above. The old one is here. The new one is probably mar­gin­ally better but it's a close call to be honest. 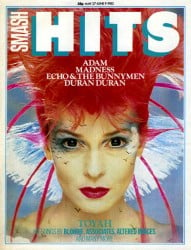 2 Toyah was a fairly big popstar in the early 1980s. It's probably over­stat­ing things slightly to say that she was the Lady Gaga of her day because she didn't really have the tunes, but you can't argue with magazine covers like the one you see to your right. We reckon Toyah could probably have pulled off a fairly suc­cess­ful comeback on the back of this Weight Watchers ad appear­ance. You know the sort of thing — you find one or two up-and-coming acts who might be prepared to drop her name as an influence, Radio 2 play the single quite a bit, broad­sheets do the usual 'she was there at the dawn of the pop age now the original Gaga is back and she's as colourful as ever' pieces, then there are a couple of well-placed live appear­ances and perhaps an album or single with at least one currently-suc­cess­ful younger star and/or happening producer. Actually, the Weight Watchers asso­ci­ation would probably get in the way of that sort of 'she's cool again' comeback idea, but you could still do the Radio 2 route and one of the big chat shows would def­in­itely get her on. Yet you look at the new video and you wonder if whoever's driving this whole thing has a strong enough sense of quality control to pull it off. OH WELL. 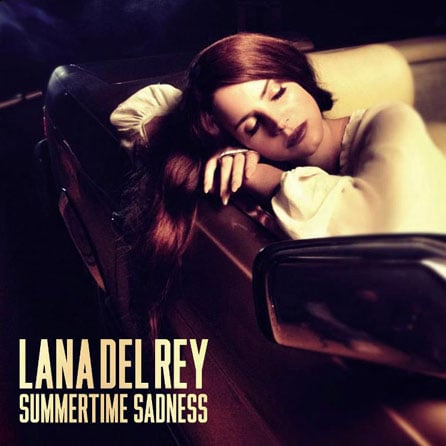