Here they are on a semi-shiny floor. Incredibly for many reasons, not least of which is the fact that it's not even coming out in the UK, their new single 'King Of The Radio' is about wanting to listen to Zane Lowe, Radio 1's shouter in residence and a man whose tireless pursuit of #goodmusic will no doubt lead to many spins of 'King Of The Radio' on his own show.

Perhaps it could even be a Hottest Record?

The Fooo have also done a version of Bomfunk MCs' 'Freestyler', a song which has been begging for a boyband cover version since about three days after its original release.

The Fooo's grasp of pop's varied history does not end with Bomfunk MCs: they've also recorded a song which in many ways (one way) is an update of 'Blue Suede Shoes', except their song requests "don't step on my Kangaroos". It's a song about shoes called Kangaroos, not about cruelty to animals, although who's to say this song won't also have a positive impact on the plight of trampled marsupials?

Maybe one of the reasons we enjoyed the 'King Of The Radio' video so much on first viewing is that we saw it the day after the Brits, an event at which One Direction seemed more bored than ever of being in a boyband to such an extent that one of them was — at best — having a shit when they were due on stage. The Wanted, now thank­fully on their way out with just a bound-to-be-excru­ci­at­ing farewell arena tour to get out of the way, never seemed to want to do their jobs properly.

Union J have done a decent job of creating the impres­sion that being in a boyband isn't neces­sar­ily the most embar­rass­ing and awful thing that can happen to a chap (even when sometimes it actually is), but they seem like The xx next to The Fooo, whose indi­vidual members' purported back­grounds in street­dance mean that the cho­reo­graphy, if a little prancy in places, feels quite fresh. The Fooo are certainly unin­hib­ited in a way their British coun­ter­parts haven't been in over a decade.

The members' ages may help in that respect — they're all 15 or 16, and maybe in three or four years they too will find the whole business a bit tedious — but for the time being it's all just quite unself­con­scious and agreeable.

Let's watch the best bit of the video again. 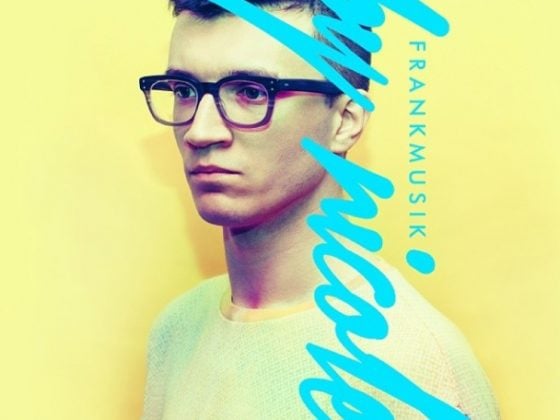 Frankmusik's new album now has some 'cover art' and a tracklisting