We have done something we have never done before, but before we tell you what that is, let's set the scene.

The Midnight Beast are a very low quality pop­cul­tural entity.

We're not going to link to anything or embed anything or attempt to sub­stan­ti­ate our claim. You're just going to have to go with us on this one. If you've seen their show or heard their music you'll know what we mean. They've done an album. We've thrown the CD away — again, we're not going to sen­sa­tion­al­ise things by showing a pho­to­graph of the CD in the bin, because that could be mistaken for posturing or playing this situation for laughs. And nothing about this is funny. Again, if you've seen their TV show or heard their music, you'll know what we mean. You'll just have to go with it. But the CD was thrown away. Not broken or cut in half, not tossed across the room, just put in the bin.

Some of their tunes are alright. So if there's the semblance of something good here, you might ask, how can this be bad? Isn't an album with no redeeming features worse than this? Well, no. An album with no redeeming features is unlikely to feature low points quite as aggress­ively awful as those which are spread across this album like shit on a pancake. And that's what we have here: a pancake that might have been fine, which someone has liberally smeared with human shit. It doesn't matter that the pancake at the base of all this is probably quite delicious — you won't be able to taste it because the heinous honk of the shit will have sent your senses into safe mode.

So what is the thing we have done?

Well, as many of you will be aware, The Midnight Beast sort of 'rose from the ashes of' a band called The Clik Clik, who we wrote about quite a lot on Popjustice a few years ago. The Clik Clik were pretty great. We'd link to some of our past stories, but we can't, because we've deleted them.

We're pleased Stefan from the band has found some sort of success because he was a nice chap with a lot of talent but we have deleted all those Clik Clik items because we want to make it very clear that we are not fans of The Midnight Beast. And also because we are ashamed that we did not see what was coming. Perhaps with hindsight the clues were there and we should have spotted them and maybe even done something about it. But we stood by and we did nothing. In fact we encour­aged it. We know it is important that we accept what we did which is why we have written this post today, but to have those old articles hanging around on the website just seemed too shameful.

So that's that. We've drawn a line. We'll probably write about Stefan again at some point when he's doing something else, but this is it for The Midnight Beast. 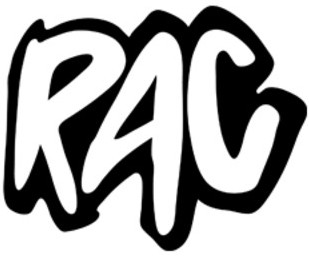 Here's a load of RAC remixes