» Pixie Lott doesn’t like being too sexy as she doesn’t want to upset her Grandad. (The Sun) "He watches the show and stuff," she notes. "For fans I like to leave some things to the ima­gin­a­tion." The 'some things' Pixie hopes her fans imagine pre­sum­ably include "what Pixie Lott might look like if she put some trousers on".

» Some good and not so good popstars performed at the Children In Need Rocks concert yesterday. (BBC) 'Highlights' included abso­lutely none of the crowd singing back Dappy’s "I’m a changed man now — Chris Brown" line from 'No Regrets', and Jessie J getting a loud moment of micro­phone feedback on 'Nobody’s Perfect'.

» Here is a picture of Nicki Minaj perched on top of a motorbike with Ricky Martin holding a giant lipstick aloft behind her, taken for a MAC Viva Glam ad campaign. (MTV)

» One Direction have entered Billboard's Social 50 chart at number 34. (Billboard) The chart "ranks the most active artists on the world's leading social net­work­ing sites". But where's VV Brown?

» Here's VV Brown! In some videos, clearly engin­eered for easy blog coverage, of the singer per­form­ing with the PS22 Children’s Chorus. (Arjanwrites)

» This is a quite long interview with David Guetta. (Irish Times) He 'reveals' that "at first, I was a little shy about what I was doing." It's good to see he’s come out of his shell now, isn't it.

» And finally, Jordin Sparks will be per­form­ing at the first ever Winter in Venice (but actually Las Vegas) cel­eb­ra­tions on Monday. (Venetian) In an event that will strongly echo the average night at the Bull & Gate, guests "will be enter­tained by strolling candy cane stilt walkers, puppets, jugglers and magicians." It is not clear which role Jordin will be ful­filling, but our money’s on stilt walking. 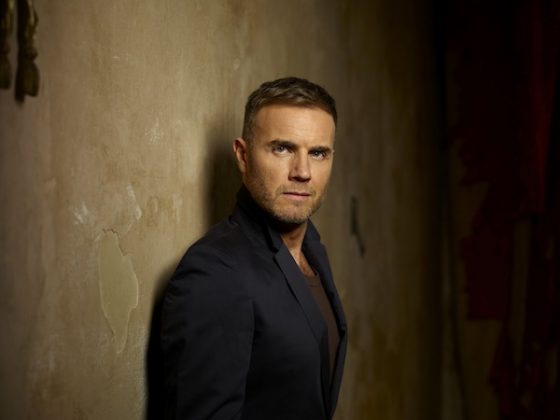 Some popstars think they know how to prevent riots