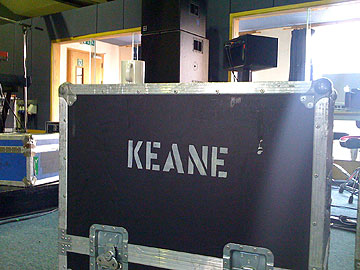 So this time last week we went to see Keane rehears­ing some songs in south east London.

Here is one of the songs. 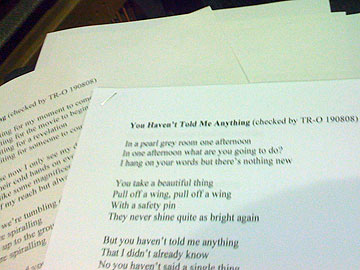 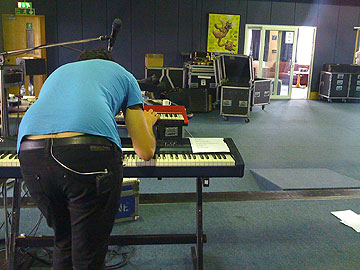 We've had a while to live with their new album, 'Perfect Symmetry', now, and while we can't exactly say it's a return form — because the band never really went off form — it's a real step up in gear for a band so good they became one of Britain's best guitar bands without even having a guitarist. The unusual 80s influ­ences of some of the leaked tracks — the spec­tac­u­lar opening trio of 'Spiralling', 'The Lovers Are Losing' and 'Better Than This' — give way, as the album pro­gresses, for a lush and (obviously) melodic album which takes in new pro­duc­tion sounds but also sticks to Core Keane Brand Values.

The title track's a complete killer, while other songs like 'Track 07' (we didn't put the track titles into iTunes and then lost the sleeve — sorry about that), Track 10 (which has got some French bits in it) and Track 11 are up there with Keane's very best. 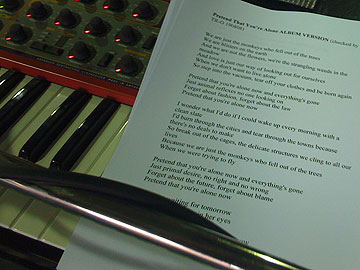 One of the songs has got some live Stylophone action in it: amazing. 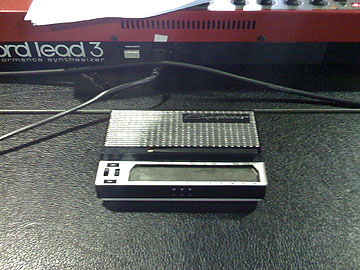 Here they are, singing a little song. (The song they were singing was 'Spiralling', and the full version has a longer bit of Tom's Bono bit in the middle eight, which makes it all the more exciting when it all comes back in.) 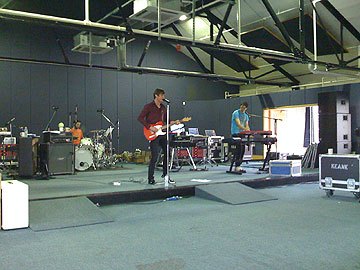 Hang on, who's that fourth member? 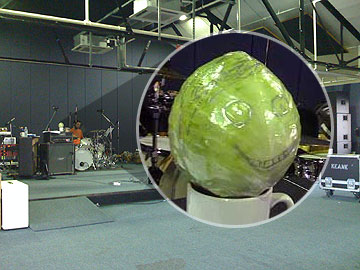 It's Mr Cabbagehead. He's probably still in the studio now, wondering when the band are coming back. Wondering, wishing and, crying. :(

V V Brown's 'Crying Blood' video: what do you think?