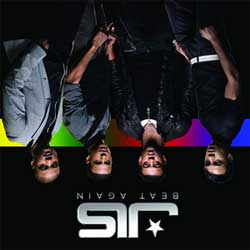 Today's Popjustice Song Of The Day is worth invest­ig­at­ing for fans of answer records.

The vocals are a bit shit and it needs a little bit of work but, as we say in the SOTD blurb, the important bits that make response songs great are all there:

This might turn out to be by someone we already know or it might turn out to be by a total chancer — the email we received yesterday con­tain­ing the song didn't really shed much light and their MySpace isn't helping much. Before you ask, we emailed Richard X to see if it was him and he said no. (Well he would say that, wouldn't he?) Either way it's only mar­gin­ally less oppor­tun­istic than a 'Tweet Again' reswizzle of the JLS track which, surely, has to be somewhere on the horizon?

The new Scissor Sisters album: here is the news.