'ICYMI', the founding members of the Sugababes — now calling them­selves Mutya Keisha Siobhan — got together at a New Year's Eve party and sang some songs.

The most 'con­tro­ver­sial' number performed was 'Freak Like Me', the con­tro­versy relating to the fact that it was released after founding member Siobhan Donaghy had been replaced by erstwhile Atomic Kitten siren Heidi Range, and the New Year's Eve per­form­ance means that 'Freak Like Me" is now a Sugababes song known to have been performed by anyone and everyone who has at one time or another called them­selves a Sugababe.

An honorable dis­tinc­tion, of course. But just how does it measure up to versions of this song that have been performed by all other iter­a­tions of the Sugababes? Well, I'll 'do the math' and tell you.

This is the classic. There's no need to undercut its glory with further palaver.

Mutya Buena is inim­it­able; she's a 'real girl', as you well know. Which is why Amelle Berrabah's entrance into the band meant she had the unen­vi­able task of scaling some of the trickiest platforms in the business. Luckily for her, Keisha Buchanan was around to pick up the slack where Amelle and Heidi appeared to falter.

US author Tom Wolfe wrote the book The Right Stuff about astro­nauts having the where­withal and acumen — the titular "right stuff" — to survive trips to outer space. In the same way, we can see from this per­form­ance of 'Freak Like Me' that, sadly, one-time Eurovision ambas­sad­ress Jade Ewen did not have the "right stuff" to replace Keisha, let alone con­vin­cingly become a Sugababe.

Are we willing to give Siobhan a free pass for singing this song because she does it well? Or because she helped to establish the band through which the song would even­tu­ally be released? Either way, she does what neither Amelle nor Jade were quite able to do: she makes the tune her own. Can we also expect MKS to perform such Sugastaples as 'Easy' and 'Get Sexy' as time wears on? Good lord, I hope not. 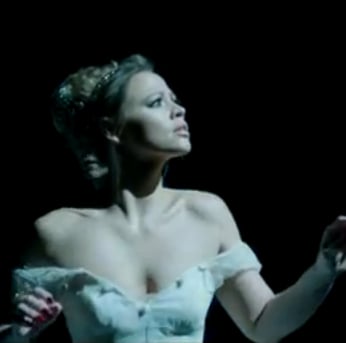