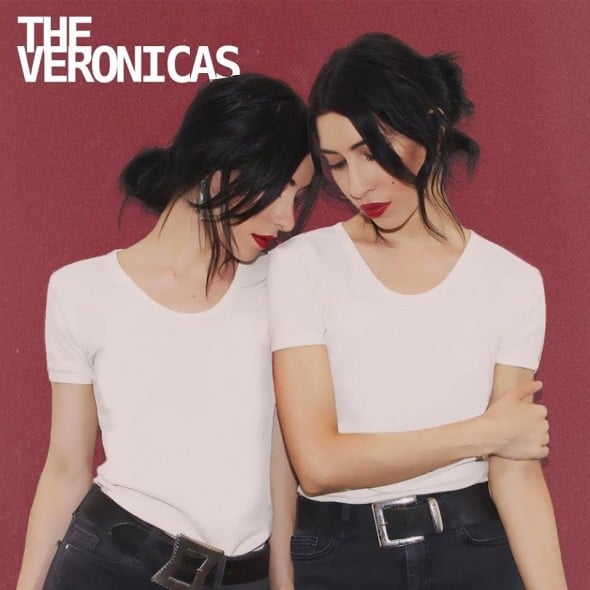 Actual twins Lisa and Jessica Origliasso, aka The Veronicas, have been a bit quiet of late. In fact, their last album was released seven whole years ago, which is put into sharper contrast when you realise that at that point Lady Gaga was still banging about on a piano doing jazz covers in (YOU'RE FIRED — ED)

Anyway, the creators of '4Ever' — surely one of the Top 100 greatest songs of all time — are back back back with their deli­ciously gloomy new single 'You Ruin Me' (listen to it above if you like) and will release their self-titled third album in February next year (it's out in Australia later this month, obviously).

With that in mind, we thought it might be a good idea to have a chat with Jessica Veronica about what's taken them so long, the 'general vibe' of the album, who they've worked with and so on.

Here all that is in the form of an easy to digest ten-point overview thing.

THIS ALBUM'S TAKEN AGES TO COME OUT DUE TO LABEL WOES

"We were in a legal battle with our old record company, basically. They weren't releasing our music and so it took a few years to get off there. So we weren't able to release music in that time which is why it took so bloody long, but the good news is that we got to do lots and lots of writing in the studio in that time and we got to live life and be inspired by a lot of things we were going through. So we've been able to make this really special record we're really proud of."

THEY HAVEN'T COMPLETELY SCRAPPED THE ALBUM THAT WAS DUE IN 2012

"There are songs on this record that have been taken from that time and then there are new songs we've written as well. But it's basically 14 songs and half of them come from that period and half are from now."

THIS NEW ALBUM IS BETTER THAN THE OLD ONE THOUGH, DON'T YOU WORRY

"Of course this new version is better! The songs that we still loved have come with us. We didn't let them go or anything. Every song we create is special to us, and it's an eclectic record, but we also wanted to create a record that was cohesive. 'Lolita' isn't on the album because it rep­res­ents a very specific moment in time, that song. It's almost too far removed from what we've created on this album. To be honest, it was never intended to be part of an album, it was released to tide Australia over because it was taking too long."

DESPITE FEATURING SOME "ROCK N ROLL", IT'S STILL A POP ALBUM AT HEART

"It's def­in­itely a pop album. There are big pop songs on there, but it's more of a con­cep­tual album in terms of it being a true sonic rep­res­ent­a­tion of the journey we've been on for the last few years. There are songs that are rock n roll and blues and swamp (!) and crazy trip hop and acoustic-pop-country and soul. There are a lot of different sonic elements and styles on there but that's because we're so influ­enced by our envir­on­ment and making songs in Nashville, LA and Sweden, those envir­on­ments influ­enced us. Some turned out a lot more pop, some were more rock and pas­sion­ate and then there are very vul­ner­able songs like 'You Ruin Me', and then some are upbeat, happy pop songs. The great thing about all of it was that it was all really authentic — we didn't sit in the studio and decide on what sort of songs we wanted to make. It was about how we were feeling at that par­tic­u­lar moment."

"It almost feels like our debut album just in the sense that it's a rebirth for our band. That's why. It's the only time we would get to do a self-titled record. It felt right. We've read multiple sources quoting these abso­lutely ridicu­lous titles for the album that were appar­ently in the running, but they're all com­pletely laughable. We have no idea where people got them from. The only other title that was a pos­sib­il­ity was 'Life On Mars' back in 2012, but because this has moved on from that incarn­a­tion it felt like we wanted to drop all labels and anything attached to that and go with 'The Veronicas'."

"We worked with Toby Gad, who we did 'Untouched' and 'Hook Me Up' with. And we worked with a song­writ­ing couple, Leah Haywood and Dan Pringle, as well as Nellee Hooper and Emeli Sandé. She's got a song on the record called 'Always', which is an unbe­liev­able song. And Billy Corgan from The Smashing Pumpkins."

"The honesty of 'You Ruin Me' is very indic­at­ive of the approach we've taken with that vul­ner­ab­il­ity and rawness of the record. Sonically it's more along the lines of 'Line Of Fire' though. We released 'You Ruin Me' first because we wanted to show a different side to us as far as the general public goes because they probably only know our other singles. We didn't want to come out and do what people were expecting. We wanted to see if people knew it was us and some people didn't actually."

BUT ACTUALLY THE ALBUM WORKS IN ALL DIFFERENT SOCIAL SITUATIONS

"We'd say a song called 'Did You Miss Me?' or 'Teenage Millionaire' could work in a night club. 'Cruel' and another song called 'If You Love Someone' would be best listened to in the car and we'd say 'Mad Love' for the super­mar­ket. It just makes us feel like we want to grab cans of Campbell's soup and throw them down aisles or something."

'You Ruin Me' is out now in the UK. 'The Veronicas' is out in Australia on November 21 and in the UK on February 23. 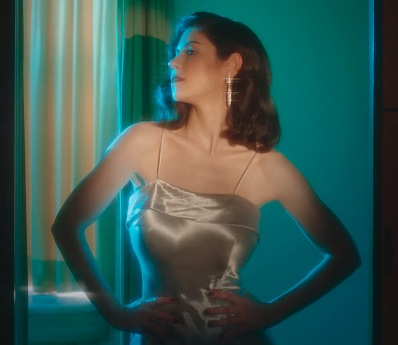 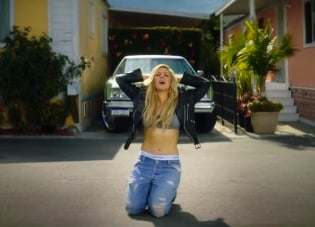