The Spice Girls held a press con­fer­ence to announce a series of qutie large pop concerts and we were there with a camera.

Here is what we saw with our eyes. 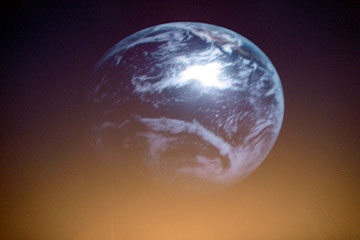 This is Planet Earth. 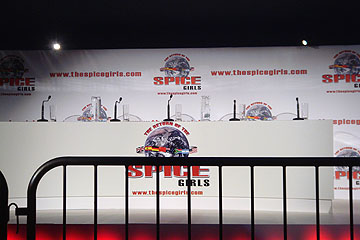 Five micro­phones. It can mean only one thing: WORLDS APART ARE BACK!!! 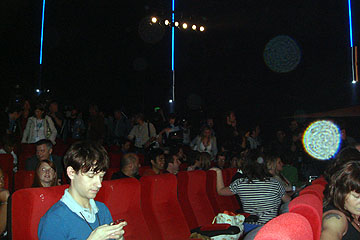 The world's media are in a frenzy. 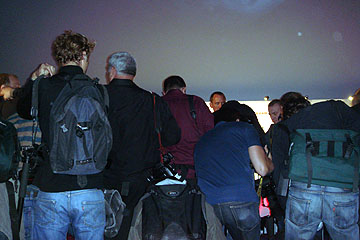 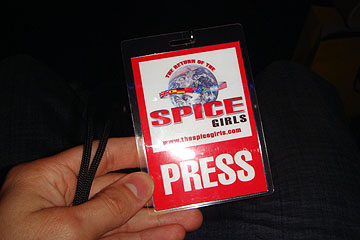 We pressed it and nothing happened. 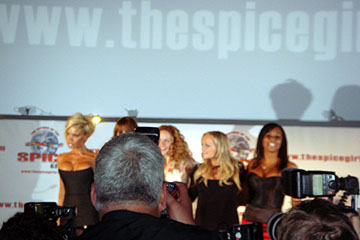 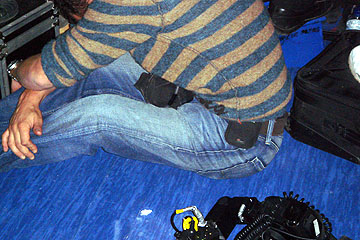 For some, the excite­ment of seeing five women who used to be in the Spice Girls then weren't now are again was all too much. 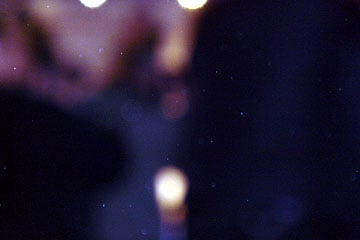 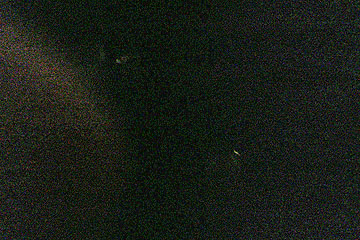 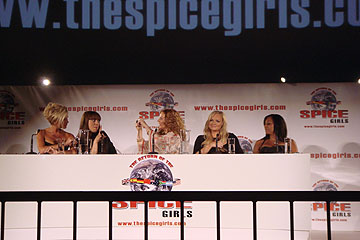 Geri, ever the joker, decides that now is the time to shoot some hilarious photos for her Facebook profile. 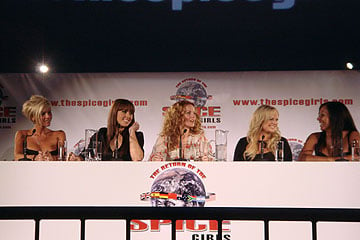 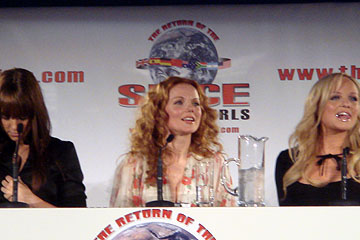 Melanie C picks some of her breakfast out of her bra. 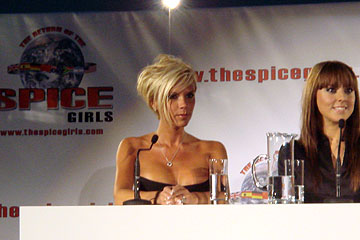 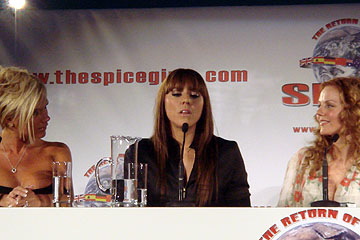 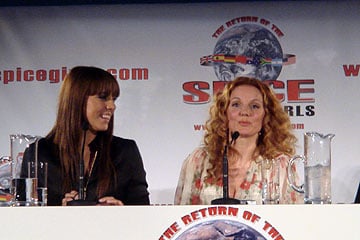 Charlie Dimmock gives some gardening advice to The World's Media. 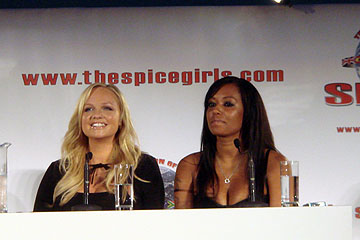 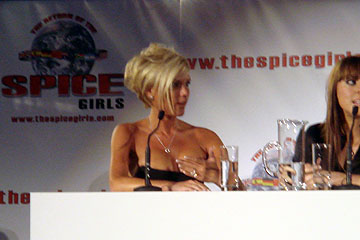 Yep, they're still there… 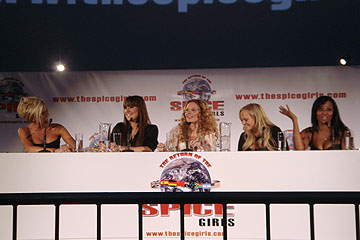 Laughing about something or other. Look at how well they get on talking about old times. 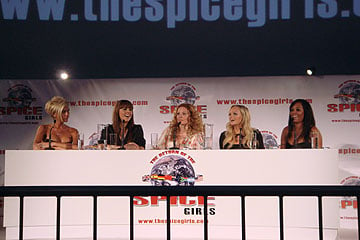 Despite fears that Jenny Falconer and Joe Mott might try to stage invade the barrier was here for our pro­tec­tion as much as theirs. 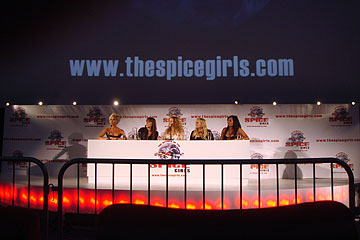 To the left, something slams. 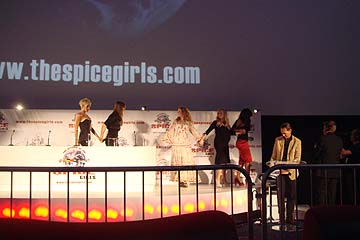 And then they all fucked off home again.

An obligatory piece on the Spice Girls reunion