"Too excited to eat breakfast" is how Sophia Saffarian (second from left in the picture above) describes the mood in the Four Of Diamonds camp when we phone for a chat. 24 hours before the band's debut single Name On It is due for release, the long-awaited cul­min­a­tion of over two years' work means Sophia will not be starting the day with her usual peanut butter on toast.

If nothing else, we say, it's a relief to speak to a recording artist who eats something other than egg white omelettes before midday. The problem with that sort break­fas­tu­lar arrange­ment, Sophia notes, is that she "can't stand egg white" — she'll eat an egg, she explains, but she'll leave the white. She is 21 years old. "I feel like you've got to embrace your indi­vidu­al­ity," she says. "If that means not eating egg whites so be it."

Despite being released on a Thursday and therefore con­tra­ven­ing the most sacred law of New Music Friday there's a lot to like about the Four Of Diamonds single, a Burna Boy-featuring semi­banger that concerns itself with men who go through the motions but can't or won't commit. Could the single just as easily be about Theresa May's approach to Brexit? "You can apply it to anything," Sophia says, by which she means "no". Could the "it" in the song be a joint tenancy agreement? "That's also a good idea, I'll give you that, but no. It's saying this: if you're not going to respect me, I don't want to know."

Four Of Diamonds were on the 2016 run of X Factor, weren't they. The year Matt Terry won. Do remember them from that? It's hard to remember anything at all from 2016, to be fair — terrible year. Absolute shitshow. But it doesn't really matter if you do or don't recall Four Of Diamonds from The X Factor — after all, they're not popping out of the X Factor/Syco fame chute, and instead signed with Virgin, who paired them with producer Jonas Blue. Jonas ended up exec producing the band's entire album, which is a bit of a turnup.

"He was the first person to show interest in us," Sophia remembers. "He's obviously great and it just worked. Nobody can deny he's such a talented guy." But did he, during private moments in the studio, express any sense of shame or regret con­cern­ing his cover of Fast Car? "Oh NO! That did so well! I thought it was great, he took a classic, switched it up and put his own vibe on it. What more could you want?"

Sophia says Four Of Diamonds are pos­i­tion­ing them­selves as "a girlband but not a typical girlband", which on one hand is something every single girlband has said for over twenty years, but on the other hand her sub­sequent descrip­tion of Four Diamonds as "a bit rough around the edges" is quite enjoyable. And she's philo­soph­ical about the band's run on X Factor, which saw them finish in a frankly crap eighth place. "You don't go on the show to come eighth," she laughs. "You go on to win. We were thinking, 'Well, we came eighth, nobody really does well in that situation — will man­age­ment even still want to work with us?' It was daunting. Everything could have been taken away. But in hindsight it was a blessing we came out when we did: we knew that the interest we did get after­wards, from people like Virgin, was based on our per­form­ances. Everything really does happen for a reason."

This statement leads to a brief dis­cus­sion about how and why bad things happen to good people. "Life will throw whatever it can at you," Sophia even­tu­ally decides. "You can't control that, but you can control how you react and how you deal with things."

Either way, there's a lot riding on all this: Yasmin from the band left college for Four Of Diamonds, while Lauren quit her job and Caroline jacked in uni — as did Sophia, who was studying to become a vet. Doesn't Sophia worry that if everyone studying to be a vet decided to be a singer instead, all the animals would die? "You might get some singing vets," she offers. "As long as you're happy, you should do what you want to do." After talking the subject through we even­tu­ally agree that vets can become popstars if that's their dream, but only if popstars who've dreamed of being vets agree to swap jobs. It seems like a reas­on­able way of making sure all the animals don't die. Some may fall ill during the changeover, one supposes, but it will all be fine in the long run.

We finish the con­ver­sa­tion by a) insisting that Sophia attempts at least a small breakfast as it is, offi­cially, the most important meal of the deal, then b) dis­cuss­ing whether there's a place for totally man­u­fac­tured girlbands in 2018. Sophia agrees to eat something and initially takes exception to the phrase 'totally man­u­fac­tured', but she gets the general point. "If you really want something, you can make space in the market," is how she looks at it. "If you want to do something you can make it happen, and we're going to make this happen."

Name On It is out now 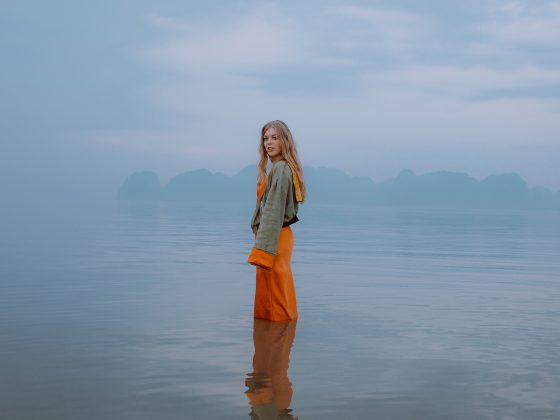 Becky Hill, UK pop's greatest secret weapon, is totally going to do it this time 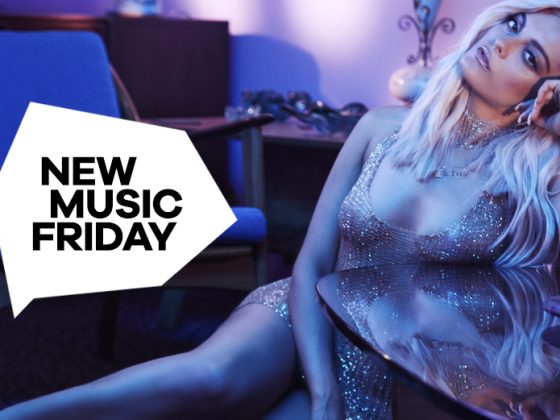