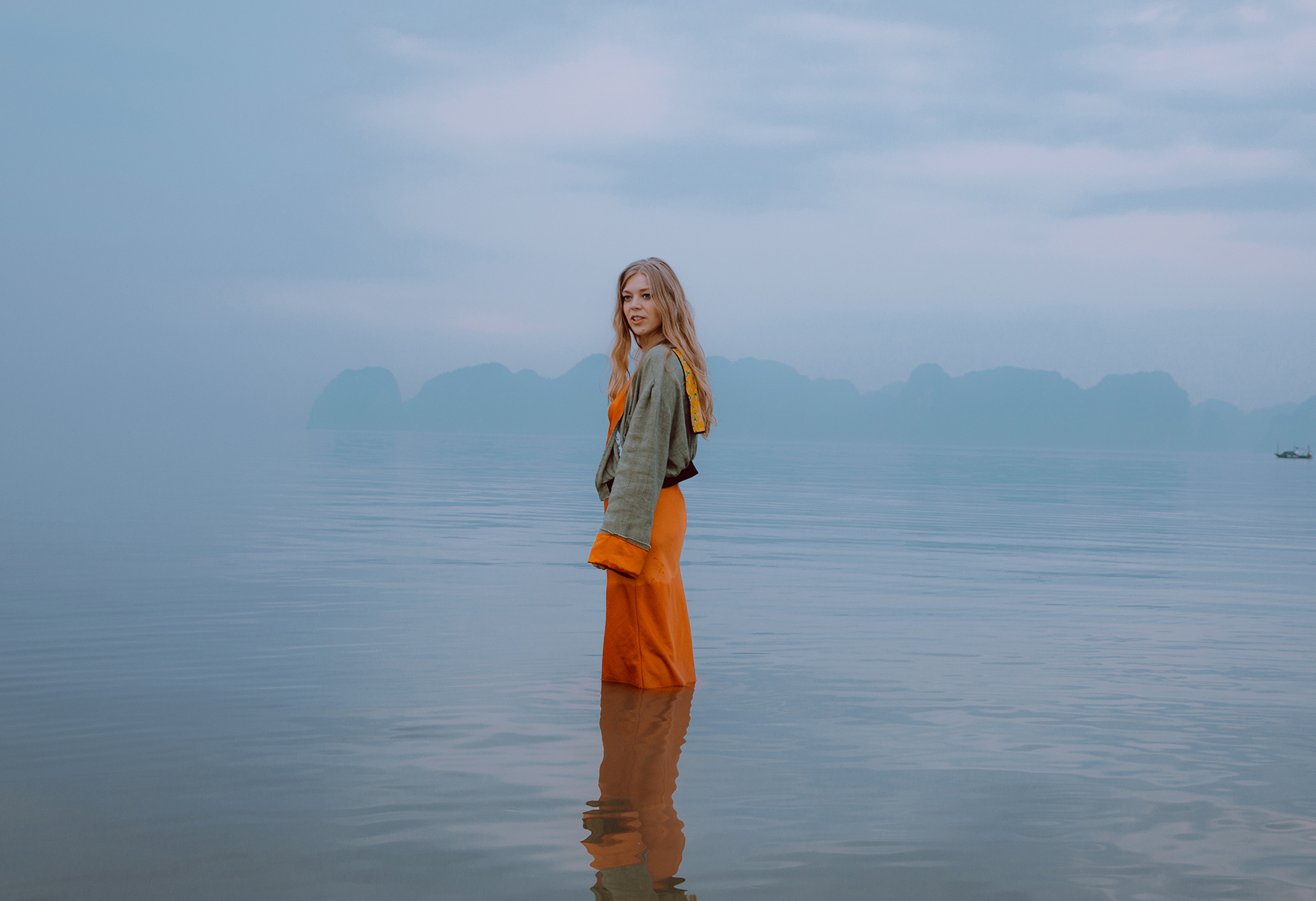 Becky Hill, UK pop's greatest secret weapon, is totally going to do it this time

A few nights ago Becky Hill was asking Twitter for advice on how to deal with an injured bird. Moments before we spoke for this interview, she'd stepped out of her front door and straight onto a dead mouse.

Nature is a bastard and so, sometimes, is pop. Becky almost happened when she appeared on The Voice, but then The Voice turned out to be a totally useless platform for launching new artists. Then Becky almost happened when she signed with Parlophone — and Losing remains one of this decade's best singles — but that didn't pan out bril­liantly either. There have been hits along the way, though, via col­lab­or­a­tions with Wilkinson and Matoma (and she's credited on this year's brilliant Metroplane single Word Of Mouth), along with a handful of well-received releases through Becky's own label Eko.

Anyway that's the origin story but this, right now, is where things really get going. All along Becky Hill has been a world class pop entity in search of a worldwide audience, and 2018 might be the year she finds it, or it finds her, or they meet somewhere in the middle.

For a start she has a new record deal, and it's not with some made up inde­pend­ent outfit or a random 'label services' company — it's with Polydor, a proper actual label with a) loads of cash but b) not so much cash that they'll sign any old rubbish. The perfect sweet spot.

Then there are the new songs. Becky's new material marks the true arrival of one of British pop's best-kept secrets. It has has one foot on a Saturday night dance­floor and the other foot in a Sunday morning hangover; some tracks, like new single Sunrise In The East and forth­com­ing semi­banger I Could Get Used To This feel like pages ripped from an instruc­tion manual on how to fall in love. There are some big ballads, too — all the ingredi­ents are here for a massive crossover pop moment, and it couldn't happen to a more deserving artist.

Is Sunrise In The East about going on holiday to Asia or about waking up in Victoria Park still smashed from the night before?

It's funny actually, I was talking to my boyfriend about this and he went, "is it because we had our first holiday in Asia?" And I was like, "no babe. The sun rises in the east and sets in the west."

So it's just science.

Yes. It's just science. We're going back to school here. The sun rises in the east. And the point is that if you're talking all night to somebody, the sun will start to rise. In the east.

Is it, in that case, fair to say that the words "in the east" don't actually need to be in the song at all, and you just put them there to make the line fit?

Maverick Sabre [who co-wrote the song] came up with it after I'd suggested talking until morning. I thought it sounded quite poetic. But also at the time we were in east London, and we did go away to the east of the world on holiday, and the video is shot in Vietnam… Basically, a lot of other people made that con­nec­tion before I did.

Are you ready for your life to be turned upside down by the sudden rise to inter­na­tional fame and success that your new songs are def­in­itely going to bring?

I think so. It's quite nerve-racking. (Wistful sigh) This is something I feel like I should explain: when you care so much about something, you go one of two ways. You hope des­per­ately it will work and you're so positive about it that you bash away any and all neg­at­iv­ity. Or, like in my case, you're so worried that if at some point it doesn't work you'll have to move out of London and get another job. This morning I was so scared that I was feeling the latter: oh my God, what if it doesn't work, I love my music so much. But right now I'm going for the former. I love the song and I'm so pleased it's the single: the artwork's amazing, the song's amazing, the video's amazing, it's all positive. So in answer to your question what I'm looking forward to most, I think, is my life turning upside down to the point where it doesn't even occur to me to think negatively.

Is this tendency to manage your own expect­a­tions based on exper­i­ences in the past? Because that's a bit like falling in love isn't it Becky. It gets to a point where you don't want to put yourself in a position where your heart might be broken again. But of course in doing that you can push happiness away…

Exactly that. And not just in music because I do find it with my own personal rela­tion­ships as well. That mindset has an impact on my whole life. My manager always laughs at me — "it wouldn't be a single release without you freaking out" — but it's true, I freak out with every release, I question every song I put out, and every feature I do. And it's really hard work! You're right about it being about managing expect­a­tions: on one hand if I think the worst possible thing, it could only get better, but on the other hand if I'm thinking the worst possible thing am I putting out negative energy that will then come back to me? But I'm really hopeful. This is the first time in my career where my team haven't had a single ounce of doubt. And I agree. I think it's going to work. I think this project is bulletproof.

What did you learn from releasing your own music? 1

At the time I'd just been dropped and I really needed a con­fid­ence boost — and I needed to put out some music I felt proud of. I wanted music out there that I was happy with. I didn't really care if it was a success chart-wise, but I was over the moon with the radio and streaming support I got. That was the encour­ag­ment I needed, to think: "I'm not shit." I was putting all my own money towards it and it felt like a really inde­pend­ent moment. I was taking back control.

Was it POP BREXIT?

Did you have a red tourbus with "MAJOR LABELS SPEND £350M A WEEK LET'S FUND INDEPENDENT ARTISTS INSTEAD" written down the side?

I would actually com­mis­sion that bus. And I'd be the one driving it. 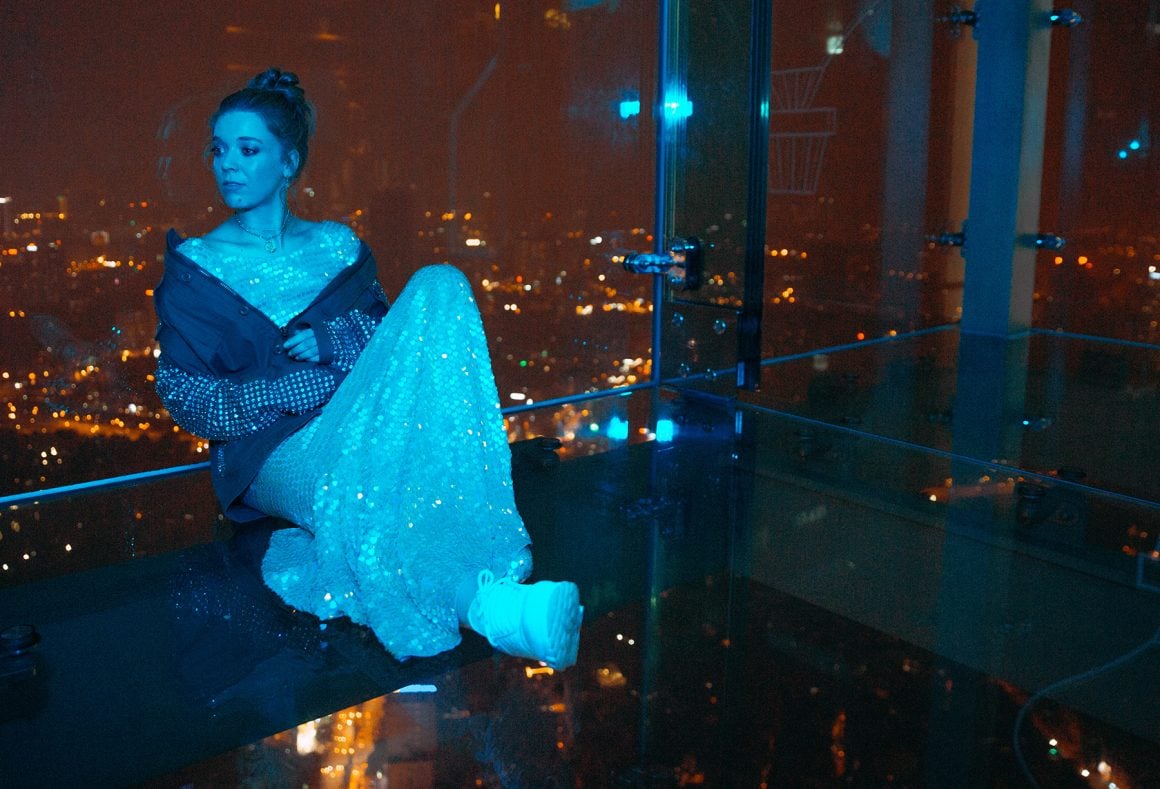 What's a good way to describe your new music? The best I've come up with so far is Comedown Pop.

My very good friend Shiftk3y came up with something during a session. I said, "oh, you know what sort of sound we're going for don't you?" And he said: "Yes. Mid-tempo festival bangers." And I thought that was the nail on the head. I do like Comedown Pop. But I haven't listened to my own music on a comedown so I can't relate. That would be a bit weird wouldn't it?

It might be strange to do the whole "all back to mine" thing then at about eight in the morning to whack on your own music.

My boyfriend did actually play one of my new songs, I Could Get Used To This, at an after­party and everyone started crying. It was a group of lads in a room, all taking the piss out of him, going "haha, your girl­friend writes songs about you", then he put it on and they all cried.

What's great about that song is 2 how well it artic­u­lates the feeling of getting into a rela­tion­ship and thinking, "hm, this one might not turn out to be an absolute fiasco". But there's this massive pensive power in the fact that the more optim­istic a song like that is, the more sad it is too, because if we're realistic most rela­tion­ships feel great at the start and most do end in shambles.

People said something similar about Afterglow too, which I couldn't quite under­stand, but now you put it like that I think because it's optim­istic… Well, with every after­party there's a point when it becomes daylight. I think you're right, I have actually invented a new genre called Comedown Pop.

Why do you think you have been having trouble with nature over the past two days?

The same cat respons­ible for the mouse I trod on — he's a nasty shit that cat — brought the bird in last night, and it was still alive, and I tried to save it. I put it in an egg box overnight in the airing cupboard, then put the egg box outside this morning. The next time I checked there was no bird, so it either died or flew away, and the egg box was in the bin. This is a lot like my career isn't it? It's either flown away and become a happy bird, or it's dead in a bush.

It's the circle of life isn't it.

You mentioned Shiftk3y earlier — did you invoke Article Shiftk3y for your album?

I've been writing with Shiftk3y recently actually… Sunrise In The East was written with Maverick Sabre and Lostboy and produced by ADP and Hitimpulse. I Could Get Used To This was produced by Mark Ralph and written with Mike Kintish, and MNEK wrote the middle eight with me. Back & Forth was me and Mike Kintish and it was supposed to be going to Jonas Blue but it's not any more, although I'm not sure if he knows that yet. Him & Me was written with Adam Argyle and Iain James — Rita Ora vocalled it but my label got back for me. They're not all fully produced up yet — the eggs are in the basket but the chicks haven't flown. Anyway I'm really excited about it. I've got a good feeling. Mind you, I've had good feelings in the past. 3 Actually: no. It's great. I've got great music. I've worked too hard for this not to work. It's going to work. 4 I feel ready for it now. I'm more of an adult now and I've gone through the trials and tribu­la­tions of being 18 to 24, and I've come to a point in my life where it's time for me to let my cre­ativ­ity go and explore how far I can take it. I've got a long way to go but if you were to come back and interview me a year from now, it'll be a totally different interview: I'll be settled in my career and have total con­fid­ence in it.

Shall I put a June 2019 interview in the diary right now?

Yes! Please do, if you're not busy that day.

Sunrise In The East is streaming now. 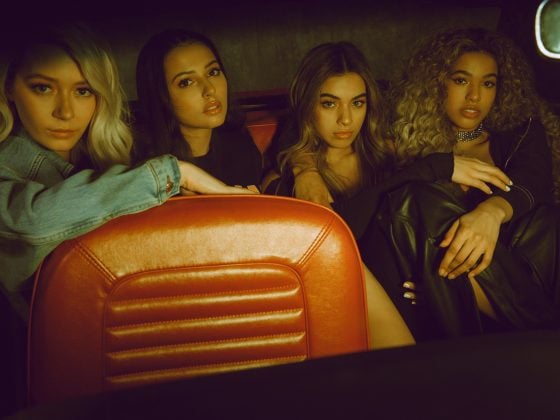 Sophia from Four Of Diamonds was going to be a vet but she became a popstar instead, so if your pet dies it's her fault