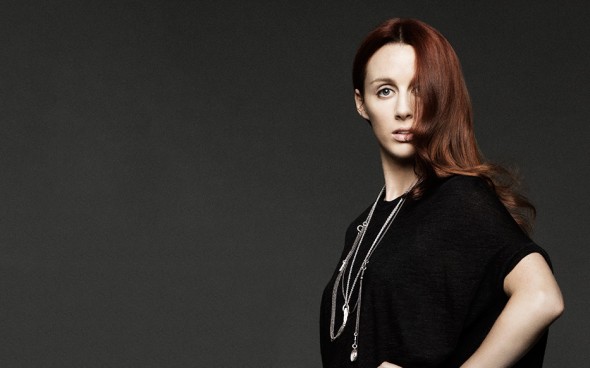 Where are you?
I’m at home.

On the day when after three million years the first Mutya Keisha Siobhan single is out, how do you feel?
Really excited. I mean the release was brought forward so it was pushed upon us sooner than we expected, but it was nice that we did Alan Carr last night, and that'll be on TV tonight. We had a drink when it hit midnight.

How do you wet the baby’s head?
With champagne.

Did you get wankered?
We just had a couple of glasses.

Do you care where it goes in the charts, or is it just good that it’s available?
You always think these things will feel momentous, but I’m just glad it’s out and that we’re moving forward. We’re looking forward to the tour, we’ve got lots of gigs in the diary, and we’re looking at the second single. It’s good that the campaign’s moving forward, finally.

Was there a point when you thought the single wouldn’t come out at all?
No. I knew it would come out, but when you’re signed to a major label you’re tied to their release structure which can be frus­trat­ing, but we trust them and we deal with the creative side of things and know they’ll take care of the rest.

Who designed the single sleeve?
The three of us! (Laughs) Do you like it? 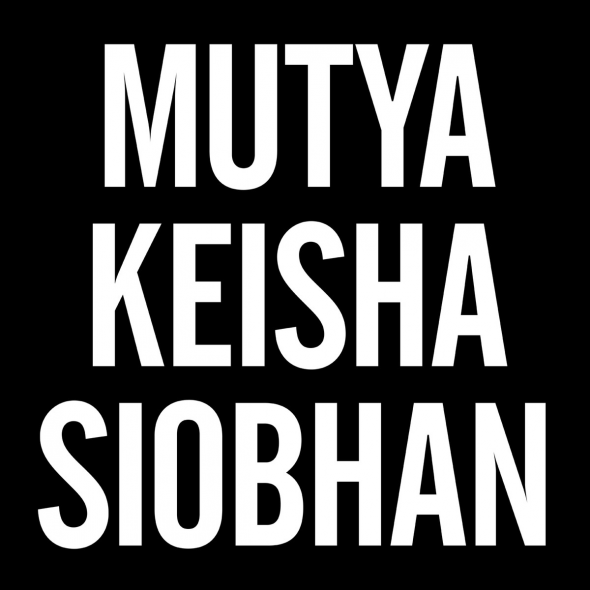 It’s certainly striking.
I really love it! I remember when ‘Overload’ was sent to radio the first time around it was just a white label, 7” vinyl. And we really loved that about it — it was understated.

The artwork is a cross between being under­stated and just hitting you round the face.
Yes!

The song is currently Number 16 on iTunes…
Which is amazing!

Is it amazing?
Well I think that’s amazing. You know, with radio and stuff that is amazing. It’s been difficult to get it out there but the feedback for the song has been over­whelm­ingly positive.

Could you talk me through the ‘radio and stuff’ situation?
Well it’s just politics isn’t it? Oh I don’t know. You’re too cool for one station, you’re too pop for another… But a lot of the DJs have shown us a lot of love, so we know the support is there, and this is just the first single and we’ll build up from here. What we do know is that there’s a fanbase waiting for it and they’re excited for it.

In terms of radio, is it the case that nobody seems to have said ‘this is a bad record’, just ‘this isn’t quite right’?
Well the question I suppose is would we rather have a Number One with a bit of a shit song, or would we prefer to have people saying that the single’s amazing and that it’s their song of the year? For us it’s about building up some longevity for playing live. Obviously there are a lot of writing teams that can deliver ‘hit singles’ for you, and don’t get me wrong, if someone delivered us ‘Push The Button: Part 2’ we would take it, but for us the best things being delivered were the things we were writing on, and the things we were behind, and the strategy for us was to establish that this was going to be an amazing album, rather than just about the singles. Saying that, ‘Flatline’ was the perfect first single. And we still stand by that.

Is there still time for someone — maybe a song­writer or producer reading this — to send you a ‘Push The Button: Part 2’?
Honestly, we don’t need it. The album’s done, and it’s perfect.

From what I’ve heard of it, which I think is a lot of it, it’s a very good album. Understated stuff, pop stuff…
People are always going to want the big pop moments, and I think we’ve got them.

What do you consider to be the big pop moments on the album?
For me it’s probably ‘Boys’, or ‘Victory’, or ‘Drum’… Off the top of my head.

‘I’m Alright’ is a pop moment I think.
Yes, although ‘Boys’ is more of a ‘pop’ pop moment.

Is [INCREDIBLE SONG] on the album?
I cannot confirm or deny. Is this off the record?

No. So ‘Victory’ that you mentioned, which you didn’t perform at the Scala show, that’s a Sia song, right?
She’s amazing. She’s annoying me a bit really, literally every song she does is amazing. You sort of want to hope that the only amazing song she does is with you, but unfor­tu­nately everything she writes seems to be hitting the nail on the head.

Can you describe the song for people who haven’t heard it?
I just so don’t know how to describe that song.

It’s downbeat isn’t it, but it’s not a standard ballad…
That’s the thing. It’s a big pop moment but it’s also king of ballady but it’s not slow. And also the different parts in it — like the “I went to war for you” bit — are quite different from each other, which I think is quite Sugababes.

Quite who sorry?
(Lengthy silence) Quite Sugababes.

Are we Sugababes again now?
STOP IT!

You said earlier that you were looking ahead to the second single, do you know what it’s going to be?
I think so but I know we’re not allowed to say what it is.

Have we already mentioned it in the course of our conversation?
Yes.

So it’s not ‘Today’?
(Another silence) Oh, we haven’t mentioned ‘Today’. Well then, erm… Oh you’ve put me in a difficult position.

I think you’ve said enough.
(Laughs) Who am I to say?

Who are you?
(Laughs)

No seriously, who are you and what do you do?
My name is Siobhan Donaghy and I’m a singer songwriter.

Is that how you introduce yourself to people at weddings?
Yes I do say "I’m a singer song­writer", which is then normally followed by lots of questions. “Anything I’ve heard?”

Have you been surprised by the coverage of your comeback, or was it exactly what you were expecting?
I think it’s been abso­lutely best case scenario for us. We knew there would be a lot of love from big sections of original fans, and even from just people stopping us on the street in London, but you never know if that’s going to translate into the press. And that’s what’s been over­whelm­ing for us, everyone’s that’s written about us has been positive. And we under­stand how difficult that can be for bands, so we’re just majorly flattered.

You mentioned people recog­nising you in the street in London. And at the Scala gig it did feel as though a sig­ni­fic­ant pro­por­tion of yours fans were in that building. Your tour’s starting in Norwich — how will that crowd be different?
It’s difficult with the Scala gig because it wasn’t that big a venue and it sold out in fourteen minutes, so yes there were hardcore fans there. But playing bigger venues and with more dates, it’ll be easier for others to get hold of tickets. It’s always a lot of fun heading out of London. In terms of who’ll be there, do you mean demo­graphic? I think it’ll be a wide selection of people.

Being com­pletely honest, has there been any point in the last two years when you’ve thought, “this isn’t working — let’s not do it”?
No. No! Even initially, when it was the first five tracks that we’d recorded together, that was enough to cement the idea that this was going to happen. For me, one of my biggest things is that once you’ve started writing, and you’ve got music you’re proud of, you just want to release it

Is it being like held hostage on an out of control bus?
A bit like that. It’s been a very enter­tain­ing ride.

By ‘enter­tain­ing’ do you mean lots of shouting?
Well the three of us are quite loud. It’s three big per­son­al­it­ies and never a dull moment.

When you were first around, all those years ago, it was all a bit ‘faces like slapped arses’…
Thanks!

…but now there are smiles. There’s frol­ick­ing on beaches.
Oh to not be a teenager any more! I wouldn’t want to be a teenager ever again. We were really shy, and we didn’t know what we were doing! But I think that’s what people liked about us, we hadn’t been to music or dance school, we were born and brought up in London and went to bog-standard state school, we weren’t media trained…

I just mentioned on Twitter that I was on the phone to one of Mutya Keisha Siobhan. There are some questions, would you like to answer them?
Yes.

“What’s your favourite Instagram filter?”
At the moment it’s Mayfair, but Nashville is pretty cool as well.

“Which do you prefer out of ‘Applause’ by Lady Gaga and ‘Roar’ by Katy Perry?”
That’s an easy one: ‘Roar’. I got home last night and the first thing I did was watch the official video for the song. Which is amazing. Anyone in our camp knows that I’m a little bit obsessed by that song. I’m driving my husband up the wall.

“Which is your favourite of Mutya’s tattoos?”
She’s got a new Fatima hand, that’s one of the first things she’s done in colour. And the roses, I love.

How many roses is too many on a tattoo? THINK CAREFULLY.
On Mutya there’s no limit.

Last question from Twitter: “When’s the album out?”
Very early next year. Second single, then bang into the album.

Can you predict your chart position for Sunday?
No I can’t! Releasing on a Friday with only two days to chart… I’ve never done that before and I don’t to be honest really under­stand what it means, but I think we’ve already achieved what we wanted to with this single and we’re gearing up for a big second one.

Also the good thing about it coming out on a weird day is that you can always go “well don’t judge the chart position, it only had two days’ sales”.
Well yes, I mean I don’t think this is the sort of act that’s going to live or die by its chart positions — I think people are excited to hear us live and hear the album, and I don’t think what will happen on Sunday will change that one bit.

'Flatine' is, as you may have surmised, out now on iTunes.

The songs on Kelly Clarkson's Christmas album now have titles