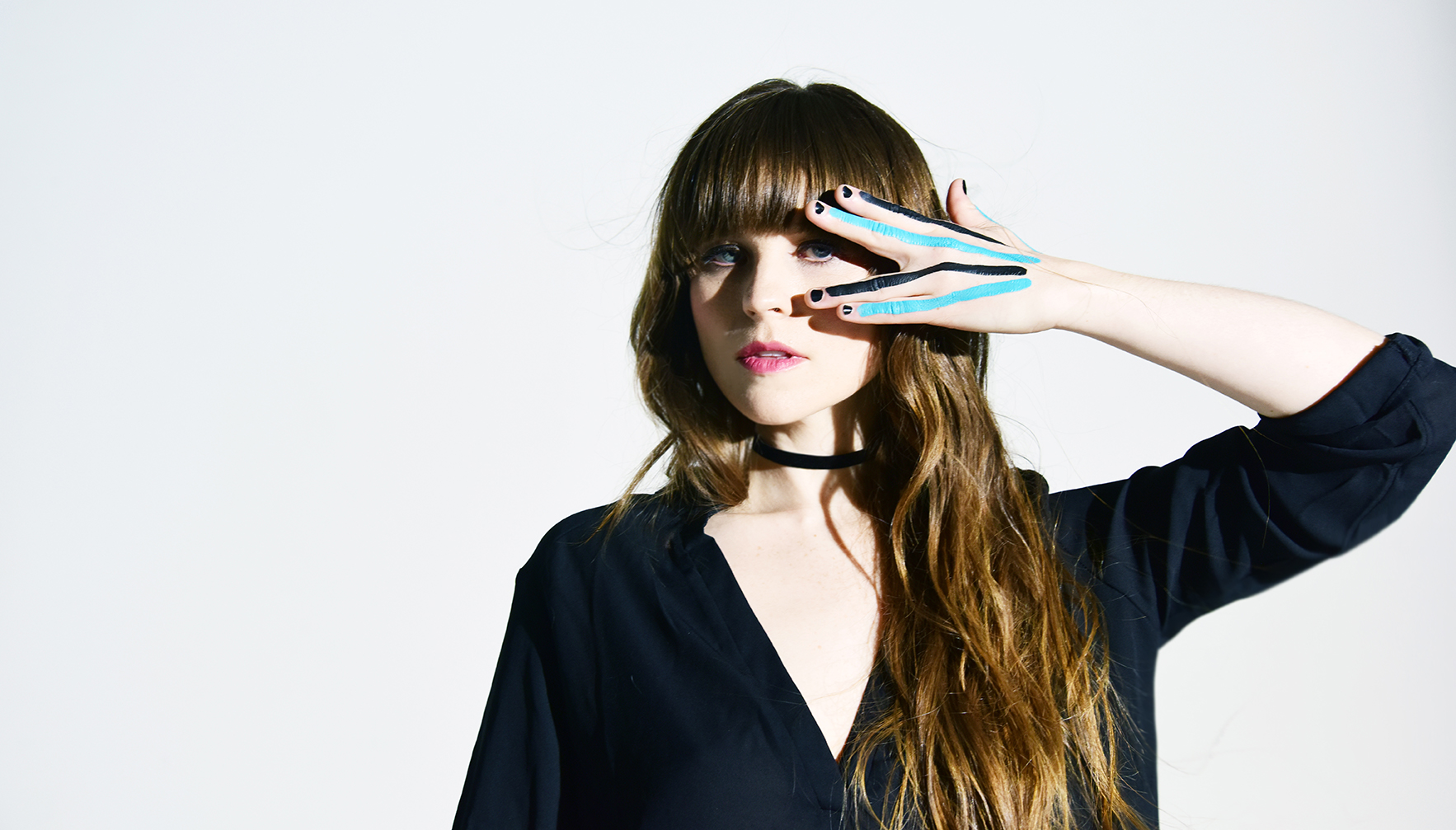 First things first: Ofelia K is an excep­tional pop talent and we've pulled together a playlist of some of her best songs — ie basically all of them — if you're in any doubt. This Friday she releases her 'Chaos Cave' EP, and today she premieres one of its tracks, 'Another World', here on Popjustice.

As a bonus, Popjustice 'hopped on the old Skype' with Ofelia last night for a chat about this, that and the other. The device deployed for this interview involved choosing nine of her tweets from the last month and asking her precisely what she was banging on about.

Today’s Tuesday and the song’s literally been shared on this very page. What’s the song about?
I hesitate to explain too much, but overall it rep­res­ents the idea that there are forces much greater than our tangible selves working upon us in oth­er­worldly ways. My vision for the song was really to create another world the listener could enter for four and a half minutes, almost as if they were trav­el­ling, taking in new sights and sounds along the way. I love take-you-on-a-journey songs that tiptoe between light and dark places.

Is that risky in a short attention span era when people instinct­ively click on the part of a waveform that looks most inter­est­ing?
I’m banking on people being like myself — I love putting on head­phones and feeling as if I’m trans­por­ted somewhere else, when I don’t know what’s coming next… I under­stand that a lot of people might not get it, but that’s true for a lot of my songs and that’s okay. You have to make what you like — otherwise you’d go mad.

love notes to myself pic.twitter.com/mM1Gmugb4m

Why is it hard to focus?
This altern­at­ive reality that exists online is something I don’t like to spend too much time in, but it’s inev­it­able that I spend some time in it because part of being a musician these days is about having an online presence so people can get to know you. And it’s also keeping up with the business side of things, and emails… It can take a lot of your time if you let it. I have that note there to remind myself to do what needs to get done.

Producing content for social media seems to take over a lot of artists’ lives right now.
Yeah. For me, it’s like: can we get back to the point. So much in life I’m asking: what is the point? And the point of making music is MAKING MUSIC. I under­stand there’s all the other stuff that people enjoy, and I enjoy it a little bit too, but I don’t have a natural tendency to keep up with stuff on a computer. I love mystery with artists — someone like Feist, for instance, I don’t know much about her, really, but I think that’s kind of cool. I’m into people who withhold. Some people, I love their music, but I don’t even know if I’d like them as people.

Are artists quite difficult people to be friends with?
Er, yeah. My best friend is an artist — he’s a painter and a musician, and I co-write a lot of songs with him — and it’s great to have him as a friend, but he’s def­in­itely nuts. And I am too.

Does your attention wander when you’re either bored of what you’re doing or when something isn’t working, and in either of those situ­ations isn’t the best approach to get up and go for a walk rather than forcing yourself to work?
Yeah, I think so. But then again, I always want to go outside.

artist isn't a term to be thrown around lightly. the artist is actively, not passively, working on their art…living dreaming breathing it.

Are you an artist, and if so as opposed to what?
What I was going for with that is: just because someone might be inter­ested in medicine and health, they don’t neces­sar­ily call them­selves a doctor. It takes so much work and ded­ic­a­tion to be a doctor. Equally just because someone’s creative that doesn’t mean they’re an artist. An artist is actively working their ass off every day, hussling, living, dreaming their art. Our brains don’t shut off. It’s hard emotional work to be an artist and I don’t think society recog­nises it that much. They might recognise Kanye West, but they don’t recognise the kid who’s living in a shitty New York apartment making music. It’s not an easy way of life, but people assume it is for some reason.

It’s not as hard as being a nurse or fire­fighter though, is it? Even if mentally it’s pre­sum­ably quite exhaust­ing…
Exactly — it’s the mental game that you’re con­stantly going through. When you’re really an artist and you care that much about your work, your mind is going the whole time.

Which is hardest to get right? They’re both artforms.
I don’t know… Some people say they want to be an artist but really they just want to live in Hollywood and go drinking and sing other people’s songs. That’s def­in­itely something, but to me that isn’t art.

my ep CHAOS CAVE will be out on september 9th pic.twitter.com/WwRxrV4LkN

What is a CHAOS CAVE?
I see it as my mind. My mind is a chaos cave.

Do you enjoy chaos?
I think I enjoy stories or fantasies, and that can get chaotic, but I like to keep my exterior world a little more balanced.

Why would you go backwards rather than forwards?
Sometimes I feel like a grandma. I just have a real nostalgia for the past, and sim­pli­city. Aesthetic is sometimes more important to me than function: I like things around me to look beautiful rather than practical. I feel like I basically want to live my life like a Wes Anderson film. Even if things don’t make sense: for instance I buy almond milk in cartons, but when I get home from the store I have these glass jugs I’ll pour my almond milk into. It’s a lot more work but every time I get the almond milk from the fridge I like getting the glass jug out.

If you could change one major his­tor­ical event, what would it be?
I mean, maybe kill Hitler?

I suppose that’s a given. Tell you what, I’ll go back in time and do Hitler — what would you do instead?
I’d like to be in the room when Donald Trump’s deciding to run for President, and I’d like to say, “let’s not entertain that idea” and move the con­ver­sa­tion on.

Why do you think people in the past wore more hats?
I don’t know! I mean, hats are still important.

Is there any such thing as bad art?
Yes. I think it’s your own defin­i­tion — sometimes you have to make what you’d consider bad art. When you allow yourself to be free to openly create without expect­a­tions or rules, that’s really all that matters. I only grow through doing and making, and sometimes that means messing up.

WHICH SONG?
I was talking about Sufjan Stevens — he has a song called 'Fourth Of July' and I love that song so much. One night I kept singing and playing it on piano. It felt so nice. Then all of a sudden it became painful because I hadn’t written it.

thanks so much. no plans for a full length yet… https://t.co/F84W4xcPca

Why don’t new artists release albums as much these days?
Well for me — I’d love to release an album. I have billions of ideas for songs. I’d love to be able to go to a studio for a long time and make twelve new songs. But it’s money! Money is the issue! That’s the thing people don’t neces­sar­ily talk about too much — why we can’t do certain things. So that’s why for me.

What’s your label situation? You’ve got quite posh man­age­ment, but is there a big label on the horizon?
I’ve been working with South by Sea, an indie label based out of Nashville, and they’ve been great. I don’t have any plans for what’s next at the moment. I’m hesitant of the idea of major labels because they’re wonderful in a lot of ways but in other ways not so much. I feel like what I do, they’d want me to do it a little more com­mer­cial, and I like being able to do what I want. I’m not sure. I’ve met with various major label A&R people; one of them even said “I don’t want you to sign to a major, I’m a fan of what you do and I don’t want you to have to stop doing it”.

Are you sure they weren’t just being polite?
(Laughs) That’s possible.

pretty sure i just stopped for an armadillo at the on ramp of the 10. means good luck for 50+ years right?

A mouse?
Oh God yeah. Nothing makes me sadder than roadkill. A squirrel, a mouse, it’s the saddest thing ever. I once hit a rabbit and I was on my way to work — I was doing a nannying job — and the rabbit just ran right out in front of my car. I’m sobbing, I’m buying it, it’s awful.

When you applied for nannying jobs, did you mention your chaos cave?
I did not. But nor did I last long — I decided I’m not a kids person, too much. That was a long time ago.

How many arma­dillos do you think you could put on top of each other before the structure collapsed?
I mean they’d probably squirm, so not too many. Fifteen?

Would it could be some sort of pyramid?
Maybe I overshot. The thing is, there aren’t really arma­dillos here, that’s why I was so surprised in my tweet. It could have been a pet armadillo that escaped. 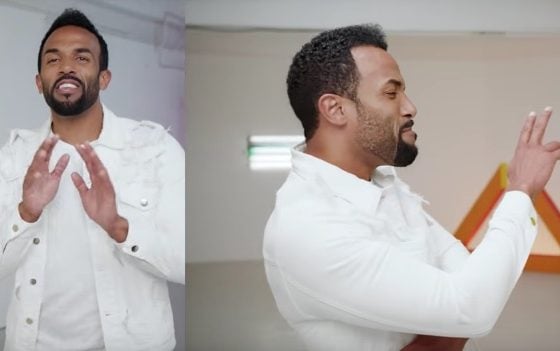 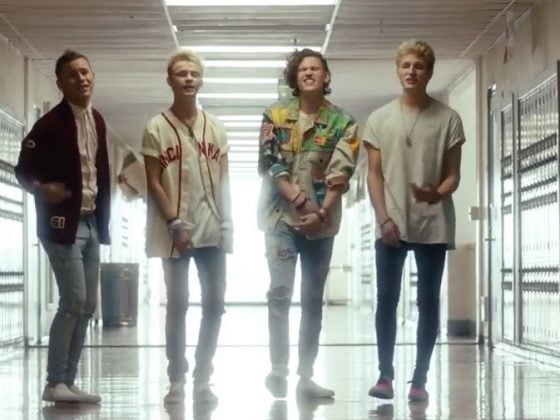