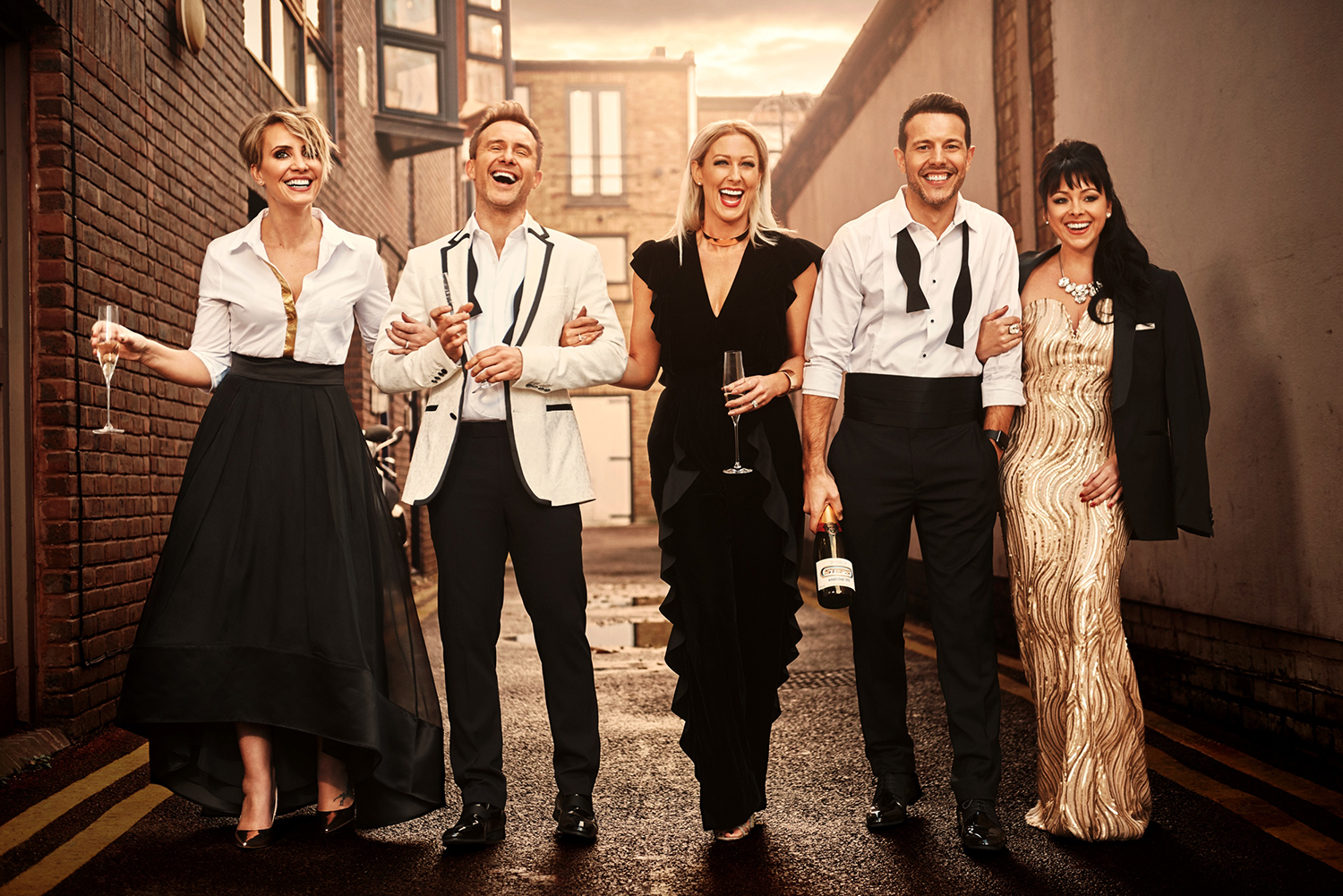 They’re the legendary British band whose fresh twist on a classic sound defined an entire generation’s teenage years, their influence stretch­ing from the 90s to the present day with hits that sound as fresh today as they did back then. After reforming a few years ago for a run of sold-out live shows they’re back in 2017 with a brand new album.

But enough about the Stone Roses because Steps are back too, they’re cel­eb­rat­ing two decades of pop amaz­ing­ness and LORD ABOVE they are not messing around.

Now we need to be very clear about this: much as we once loved Steps, and much as the band are part of the DNA of Popjustice (in fact a few years before Popjustice was invented, we were using pretty much all the same jokes on a Steps site called, er, Stepsite), we'd probably be giving this a swerve if the music wasn't any good.

Thing is, though, right, the music's actually really good.

First single 'Scared Of The Dark', out this Friday, is a robust blast of pop melodrama that would fit right in on 'Steps Gold' and the forth­com­ing album 'Tears On The Dancefloor' hits exactly the right tone, sounding exactly how you'd want a Steps album to sound without sounding like a load of dated old shit. It helps, of course, that the band are per­form­ing songs by some half-decent writers: TMS, Ina Wroldsen, Steve Mac and Fiona Bevan are among the writers who've con­trib­uted tracks. (Oh, and Steps have only gone and bloody covered Benny Andersson Band's epic sadbanger 'Story Of A Heart'.)

Anyway we hopped on the phone with Lisa on Friday afternoon to find out what she's got to say for herself.

So you're announ­cing your new single and album on Monday. How are you all feeling?
We're all excited! We can't believe the day is nearly here after having to keep everything hush-hush for the last two years.

TWO YEARS?
Yes! This is two years in the making. We really wanted to celebrate twenty years of Steps — we're very proud of it — and fans seemed to want that also. So it started two years ago with the five of us, then we met our new man­age­ment who've just been fantastic. We said: it's twenty years of Steps, what can we do to make it special?

The idea of making it special seems important. When some acts return they attempt to get away with the bare minimum. And you of course are too polite to name names but I'm not, so: S Club. It feels like if you're going to trade on the goodwill generated by your glory days, you shouldn't insult that goodwill or your fans by trying to get away with something half-arsed.
Yes, exactly. We all felt the same. We were on the same page. We've had so many fans over the years who've talked about their hard times: growing up, coming out, different illnesses and stages of their lives. We've all had different chapters in our lives but the constant for everybody is Steps. It's been the biggest part of my life — I mean, it's literally been half my life! Steps means the world to me.

Realistically what do Steps have to offer the world in 2017?
Well we're marking our twentieth anniversary, but also a lot's happened within the world in those twenty years, hasn't it? It's a tough place out there. We're not here to get into the politics of the world but what we can offer is escapism and a bit of pos­it­iv­ity in people's lives. Everyone's dealing with lots of different things but music's universal, and it takes you to another place and time, and this album — I feel — is where Steps should be twenty years on.

Sometimes when bands come back the idea is that their former fans think, "great, I loved them as a teenager". But a lot of Steps' fans were extremely young back in the day. Do you think people are nostalgic for being five, six, seven or eight in the same way we get nostalgic for being eighteen or nineteen?
Yes! I think nostalgia knows no age. And while a lot of this is about nostalgia, I do feel like the album takes us into the new era. I'd hope there'll be a crossover where initially there'll be fans coming back, but what I'm also excited about is new people coming along too.

Now then: 'Scared Of The Dark', the single that's out on Friday, really is just what people will be wanting from Steps. I mean, bloody hell. It's quite a song. Did you know it would be the first single as soon as you heard it?
Peter, our manager, had such a passion about that song. He got so excited about this one track in par­tic­u­lar but I think we've got a number of potential singles on the album.

Are you hoping for B‑List at Capital?
We want it to go A‑List! These songs are current, they're dance anthems, and I'd certainly be in the club dancing to them.

Well the long and short of it is that you can solve a lot of problems with a decent dance routine.
That's a good message. We're excited to be recording our first video in fifteen years 1 and we're learning new cho­reo­graphy. We're going to have a new dance routine! Hopefully we're giving the fans everything they want.

Steps did release an album, mainly of covers, a few years ago. 2 How do you feel about 'Light Up The World' now?
Ooh. Erm… I think this new one is very different. This is the album we all wanted to make, and I think it's the album fans have been waiting for too. The main thing I want to put out is that we're very proud of this one.

Were you suprised by the calibre of writers sub­mit­ting songs?
I was certainly very pleased. The people who are on board with this album really under­stood our vision of how we wanted to portray Steps twenty years on. We listened through over a hundred songs and we've been part of the decision making process. We've been very hands on: this is our album and it's what we wanted it to be.

Did it feel strange to be starting again with new man­age­ment, new producers and new writers? Did it feel natural, or like a betrayal?
I don't even see it like that to be honest. There are so many talented people out there! I think Steps have evolved, we've grown up together, we're cel­eb­rat­ing twenty years, and it's all very fresh. Everyone who was involved in the album really cares about Steps and shares our vision. It didn't feel uncom­fort­able or strange in any way. And I feel we've got the direction right.

Is the plan to do the album, do a tour then piss off again?
Well that [splitting up] was never the intention before! At least, it wasn't my intention. (At this point Lisa laughs a laugh that com­mu­nic­ates light-hearted­ness but also, in a slightly heart­break­ing way, real sadness.) But yes, we all want this to be more than just a quick hello then a goodbye again. This time we've got the right team around us who will help us take it further. And we'll listen to our fans. We'll do what they want.

So you don't have any plans for Boxing Day this year, then? 3
I never had plans for Boxing Day that year! I never wanted that to happen. But we all love per­form­ing and as long as the fans want us, we're not planning anything other than positive things. I don't think Steps should ever end! Steps should always continue. I mean we, phys­ic­ally, wouldn't be able to continue 4 but I'd hope Steps could continue in everybody's lives.

How many kids do you have between you now? Steps Club Juniors has a nice ring to it.
We call them the Mini-Steps! We've got seven children between us.

Hold on: STEPS CLUB 7!
Well you never know, a couple might not want to. But we knew when we got to five that we def­in­itely had Mini-Steps. What I feel proud of, too, is that we can play all our songs and videos to our children. There's nothing offensive in there, there's nothing overtly sexual. It's funny, though — when you're making these videos when you're nineteen or twenty, you don't really think that you'll be wanting to play them to your children twenty years down the line. But I'm really happy my daughter can flick through our videos and I don't have to censor anything.

When you were thinking of album titles do you consider recre­at­ing the artwork for 'Steps Gold' and calling it 'Steps Old'?
(Extended laugh which begins as a chortle and slowly trans­forms into an offended howl) NO! No, def­in­itely not. NO! What I do like, though, is that our artwork is a nod to one of our old albums — it's a take on the 'Step One' sleeve. 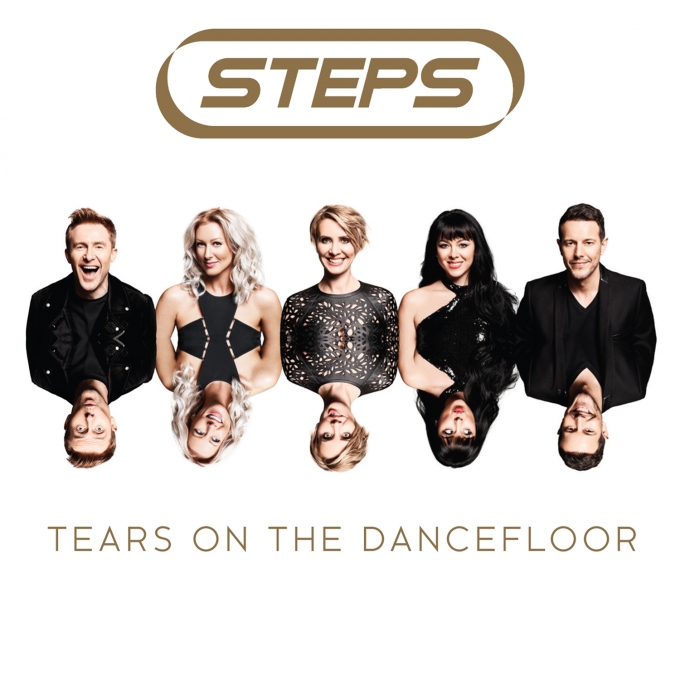 That's nice. Here's a question to which the answer can only be yes: do you think your album will be better than the new album by the Stone Roses, who are also coming back this year?
Well, I'm not one to talk like that…

GO ON LISA.
What I will say is that we are pop. And ours is a great pop album.

Finally we just need to discuss this: the 'Story Of A Heart' cover. You actually went there. I mean, it works, but bloody hell!
The song's got a good story. We felt it was a good nod to where we've been musically as a band, but I related to the words while I was recording it. You see, Steps has never just been a job for me. I met my husband on our first ever tour back in 1999, and we've gone on to have two lovely children. It's been a constant through­out my life for two decades and I think the music has touched a lot of other people in a similar way. Steps really is a massive part of my life and I care dearly about Steps, and all of the members. But I also care about our legacy. Making new memories excites me — and the story hasn't ended. The journey continues!

'Scared Of The Dark' is out this Friday; the album 'Tears On The Dancefloor' follows at the end of the month. 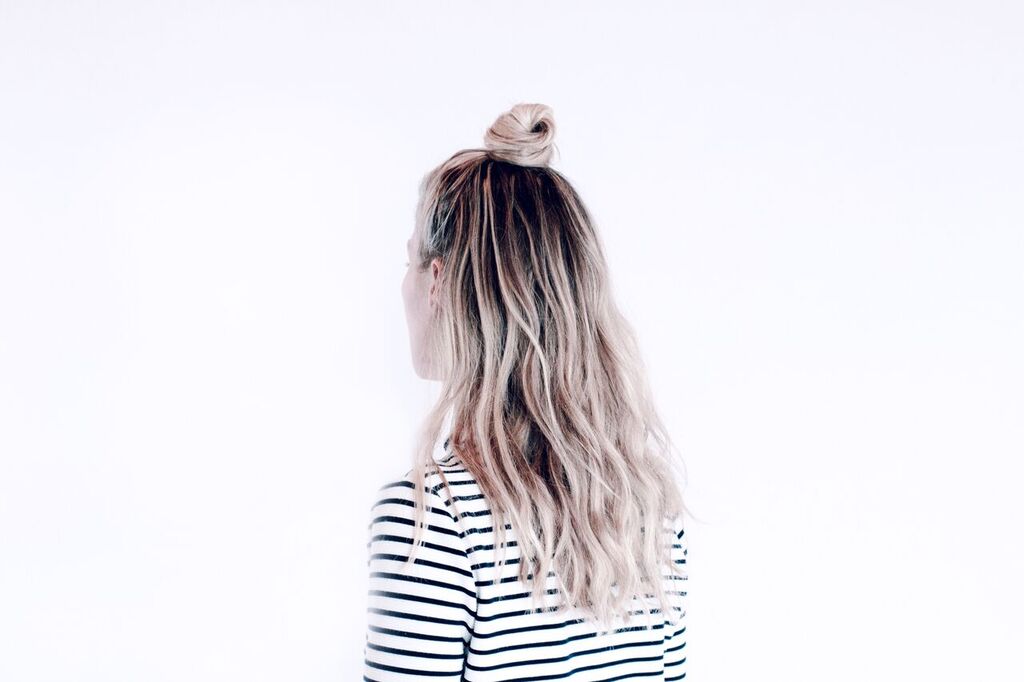 Jennifer Paige, singer of pop behemoth 'Crush', almost jacked it all in but now she's back