If the world hadn't turned into an almighty shitshow, Daði Freyr would have been in Rotterdam this week rep­res­ent­ing Iceland at the Eurovision Song Contest. His song, Think About Things, caused 'quite a stir' when it appeared earlier this year, drawing in unlikely plaudits from taste­m­akers like James Corden (?) and Russell Crowe (???). So how's Daði feeling now? What's the largest animal he's ever been in a fight with? And why do 14-to-15-year-olds hate him? Let's hop on a Zoom and find out…

I can see you’re in your studio at home — is the stuff you’re working on now stuff that wouldn’t have existed if you'd been doing all the Eurovision stuff? Is it special, magical, bonus stuff?

It wouldn’t have happened, no. I’d be going all over Europe right now to attend Eurovision parties, and going to Rotterdam. It would have been very different, where I’d be and what I’d be doing. I got to go to one party in Sweden before everything closed down and it was a lot of fun. It’s a funny community too. The Eurovision community is very special. It’s super-energetic. They’re so happy and they’re so excited for the artists and when you’re sur­roun­ded by those people you feel like a popstar, because that’s how they treat you.

And within that community there are certain songs that seem to get an endorse­ment each year, and it feels like yours was one of those?

You could have actually won it, right?

I feel like we had a chance, but I won’t say we would have won. Most of the countries are doing their own shows and votes to choose which song their country would have chosen. I won in Austria!

So in a way you’re already a Eurovision winner.

Of course! Since it’s not going to be held, I can always say: ‘Sure, we would have won.’ I don’t have to prove anything.

WOW. I think I’d like to see James Corden fighting a tiger.

Anybody fighting a tiger in general is more inter­est­ing than someone hosting a talkshow.

Have you ever fought a tiger?

What’s the biggest animal you have fought?

How did you come to fight a cow?

It wasn’t a fist-fight. My wife’s family are farmers in Iceland and a cow got stuck with its head in a metal thing. We were trying to get it out to stop the cow breaking its neck — we weren’t trying to win or get the upper hand over the cow. We were just trying to save it. So yes, I fought a cow, but it was just to be a hero.

Do you know what your next track is after this one?

Great. Is it any good?

I think it’ll be called Where We Wanna Be.

That sounds like it could have a strong lockdown vibe.

I wonder if lockdown will become a genre?

Lockdown music! Yes. We’ll see what people have been doing during this period. It’s a very different time to be making music because usually what I draw inspir­a­tion from is going out to meet friends and exper­i­en­cing things in my life, but all I’m doing now is staying… Here. So I have to grab all the nuggets of inspir­a­tion I can.

Do you think during the current pandemic it would be a good time for aliens to finally make contact with planet earth?

Because on one hand, if they’re worried that their arrival would cause panic and prompt an inter­galactic war, this would be a great time to arrive because we’ve already got a lot going on and we’re a too busy to start a war. The shock wouldn’t be there, so they could just sneak in and everyone would be like: 'Okay, whatever.' On the other hand if they wanted their arrival to make a big impact, this wouldn’t be a great time. So it’s all about what the aliens are after, isn’t it? Maybe the could just put their invasion back by a month, like Lady Gaga.

The dif­fer­ence is that aliens aren’t really depending on a tour to promote their attack.

We simply don’t know what aliens’ revenue streams are.

Also, now everybody is online, so if they were to come, the world would know about it quicker than if they’d come in January. Everyone’s con­stantly online. It would be all over the world in a few minutes.

What’s the best thing to think about?

The best thing to think about is love.

The jumpers in your video are very nice and you're naturally selling them as merch. But when I looked they were all sold out apart from the 14-to-15-year-old size.

We’re trying to find a UK company to make the sweaters but everything now is going way slower than it would otherwise. So that’s why there aren’t more.

Well those people obviously just hate me and my music.

This is the thing! Why do teenagers hate you?

I think the sweaters, well, a lot of 14-to-15-year-olds are too self-aware to wear those. That age is when you’re really trying to figure things out.

I was really trying to figure it out! I had no idea.

I was listening to a lot of System Of A Down and Linkin Park. 1 I was going to be a drummer at that point in my life, but I was just trans­ition­ing into really wanting to do music. I always envi­sioned myself in a rock band. I took a little bit of a u‑turn from there.

When did you see the light?

In 2010 me and a friend decided that we wanted to try and make elec­tronic music because we were really into Justice and Daft Punk. So I down­loaded Ableton and started screwing around with syn­thes­isers and from there I haven’t turned back.

How far along your creative journey are you now?

A Hot Chip remix of Think About Things has appeared today. (More import­antly you can now order a jumper WITH YOUR OWN FACE ON IT.) 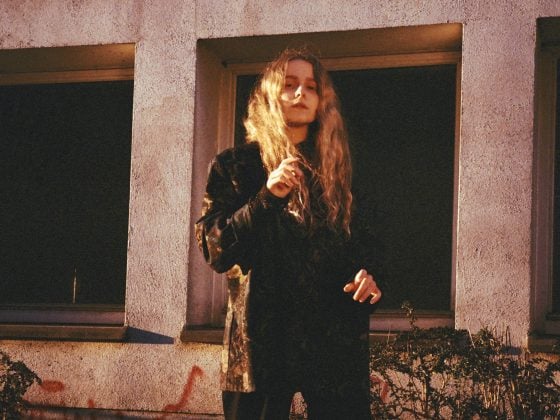 Moyka interview: "There’s something magical about dancing away the pain" 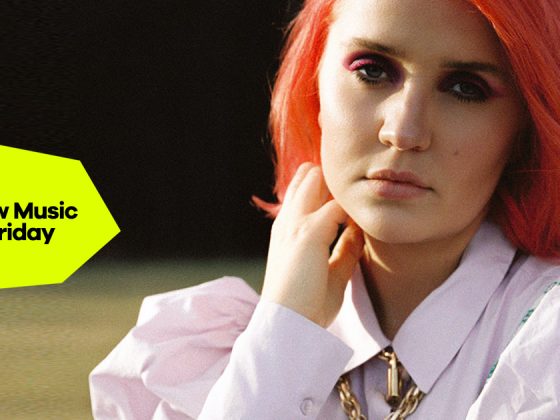