Dance bands usually remain faceless due to their dreadful faces and their below par records. However, on this rare occasion we feel that Bodyrox are a faceless dance band who could probably do with a little unmasking.

This is because their record 'Yeah Yeah' is very good and has Luciana from Portobella on it. Portobella were briefly very exciting two years ago.

We asked them for an intro­duc­tion. This is what they had to say for themselves. 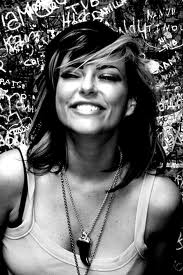 "The worst gig I have ever played was in a social club in the middle of nowhere with 2 old men talking and 1 dog whining. Me singing 'Build Me Up Buttercup'. Nice."

"My pet hate is people eating popcorn loudly in cinemas. Oh, and my mum eating a banana."

"I wrote the 'Yeah Yeah' lyrics after I got pissed one night and had an argument with my boyfriend. Therefore the record is the drunken ramblings of a woman scorned."

"My most dreadful secret is that I'm a dirty lesbian who looks like a man and has an aston­ish­ingly profound moustache. Don't tell my boyfriend – he hasn't noticed it yet." 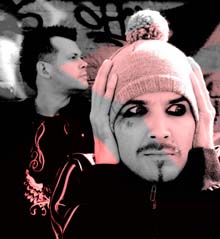 "We like our new song but we think old people will probably hate it. Fortunately, this does not concern us too greatly."

"Purely so we can avoid any con­trac­tual oblig­a­tions, both of us produce under a number of pseud­onyms including Pearn & Bridges, R.A.W and Another Chance. No one has spotted this yet."

"We have a swimming pool in our studio (paid for with all the money we make by pre­tend­ing to be other people). This is nice but does means things can often grind to a halt. Usually in the summer."

"Nick has a moustache but then so does Luci. She thinks no one has noticed but it is massive."

Thank you very much Bodyrox and Luciana for clearing that up.

'Yeah Yeah' is released on 30 October but is already flitting around the Top 75. On downloads we imagine. What a mess.

Is this the worst 'viral' of all time?