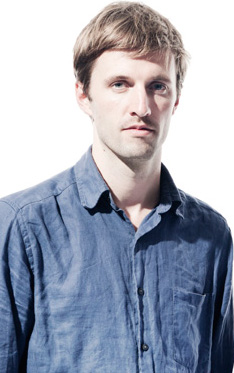 An interview with Dan out of Cut Copy

Hello Dan. How are you?
Yeah, not too bad.

You don't sound very sure.
I'm pos­it­ively not too bad. As positive as I can be.

You sound like you're wavering slightly but let's not push it.
Well yeah… Our record comes out tomorrow so, it's just been a long day of inter­views. But you can't be negative about these things, you've got to turn it into a positive.

Surely the main positive is that it's nice when people are inter­ested. There must have been a point in the three hundred years since the release of your last album when you asked yourself, 'what if we come back and nobody's inter­ested any more?'
That's probably a natural thought I suppose. There's always going to be that little Devil's advocate voice in your head, and if you don't have that then you're probably being a little bit over-confident with these things. I think it's healthy, you know. I guess in some ways, you want to make something that's different and better than what you've done in the past.

Some artists try to make albums that are con­sciously different from their pre­de­cessors, and some try to make albums that are con­sciously better than before. Did you want to make something that was better or different, or both?
I guess you'd always hope that the record you make is better than the previous one. I think our last one was a success. We wanted to explore some different things on this record and carve out some new territory for ourselves. I think the first thing I did having finished touring the last album was to listen to a bunch of other records. I felt like that I wanted to totally reset the bound­ar­ies that we were drawing on Cut Copy and to start again and find new instru­ments or ways of doing thins and exploring them. That was the first step in making this record and by the end of it I think there's a bit of a departure from what is clas­sic­ally under­stood as a  Cut Copy song. So it feels like a mission accomplished.

That's nice, but what do you think your fans wanted from this new record?
There's always some very vocal fans, a very dedicated minority who want you to just repeat the last record you did and do all your hit songs again until the end of time. There's probably still a bunch of fans who are there and who want to challenge and ulti­mately, even if it's not what they want… I know from personal exper­i­ence that records I wouldn't have liked on first listen neces­sar­ily are some of the most rewarding ones. It's often that the ones that it takes you a while to get into are the ones that you really treasure. But I think it's natural, people can get a bit of what they want but not exactly what they want. As artists, it's not always about making something that you'd neces­sar­ily expect.

Perhaps but the new album does sound like you've found the bits about the band that people liked in the past but moved it on as well.
So we have pleased everyone? We've proved ourselves wrong!

That's not a bad thing to happen though, is it. Musicians will often say 'ooh an artist should never think about the listener, they should always think about their vision etc etc etc' but surely if you can pull off both at the same time that's one of the keys to pop amazingness.
I think you're right. We've always been rel­at­ively ambitious. I guess that's what I was saying to begin with, in that we can hopefully do something that covers more than one angle, and even with the last record, it feels like we've done something that's sim­ul­tan­eously slightly more exper­i­mental in certain ways but also bigger and more pop and more polished in the main­stream sense.

You can't hide from the pop, Dan. You can run but you cannot hide.
Exactly! We love pop music at heart and we always tend to come back to it, as much as we might try to pretend we're super-exper­i­mental musicians. It's a com­bin­a­tion of things that gets us excited. I think it can be more than one thing at once and while this new record is new territory, it's also something people will gravitate towards and enjoy because they're pop-mongers.

What are your ambitions? It feels like you and a few other bands are known through non-tra­di­tional means, and… Basically what we're trying to do here is avoid the term 'blog band' and, oh dear, now the word has just come out. But you are in that kind of 'milieu'…
I guess it's just one of those things, you know? Live by the sword and die by the sword. We had a lot of success on the back of blogs singing our praises and cham­pi­on­ing our music. It's strange for us in a lot of ways because as much as we are a blog band, the world of blogs is really not the one we kind of inhabit making a record. We're obsess­ively inter­ested and we collect old vinyl and follow this tra­ject­ory of pop music and modern music in all forms and styles and eras and I guess that's almost the way the band started. None of us are clas­sic­ally trained, we just come from a back­ground of being music fans first and foremost. So we are con­sidered in this modern world of blog bands when really, our interest in music is not that at all. It's much more classic pop music or more exper­i­mental stuff, be it krautrock or psy­che­delic stuff or early house music or soul…whatever it might be, we're really students of music or students of the history of music. So that's where we'd like to be, fitting somewhere into that history of music rather than that fifteen minutes, or this digital moment that we're having now with blogs and the internet.

You mentioned the tra­ject­ory of pop. What's your tra­ject­ory as a band? Is this new album the one to launch you into the charts?
That would be nice. When I think back to when we first started, the bands that we had stressed over were ones that really never had a moment of overnight success. Stuff that was really important to us dedicated niche-music followers and it turned into something notable on the way. That's what it feels like it has been so far — slowly growing and gaining momentum without blowing the world apart. As much as it would be nice to be in the charts or to sit next to Bowie or to gain some kind of notoriety, it doesn't matter in some ways as long as we keep achieving the goals we want to achieve.

Consider the Top 40 for a minute. Where do you see pop heading next?
I almost hate to think in some ways… Perhaps more recently I've been less inspired by main­stream pop than I have in the past but I'm very curious about where things are headed, espe­cially with this glob­al­isa­tion of music. It'll be inter­est­ing to see where things head from here. Certainly in the time that we've been around there's been so much change, so it's hard to imagine what things are gonna be like in another 10 years time.

If the world was about to get blown up and there was an escape pod with two seats in it, and you could choose a female musician and a male musician to sit in it and escape death and continue the art of music for other civil­isa­tions through­out the universe, who would you pick?
That's a tough question. Er.…

It's a question that demands answers.
[After much umming and erring] I guess the two people… Errr… I'll pick Kate Bush for being one-of-a-kind musically and as a person as well, and as being someone I've really grown fond of musically. So I'd put her in the pod. And for the male, David Bowie.

Kate Bush seems like she would be a nervous flyer.
Ha ha, yes. You might have to sedate her a little bit if she gets jumpy.

How annoying is it out of 10 when an album leaks? Were you as unhappy about 'Zonoscope' appearing online early as your label were?
I would say it's a 7 out of 10 annoyance for the band. Partly because it didn't leak too far before it was released — it was only a matter of weeks…

You almost got away with it.
Yes. Some bands in the same position as us have had albums leak three or four months out and you can imagine how horrible that would be because in this industry waiting for a record is one of those things you do quite a lot. It's quite frus­trat­ing once you've created something to sit on your hands waiting for it to come out and then you can go online yourself and download it if you wanted to. It's frus­trat­ing when someone else decides it's time to do that before you get an oppor­tun­ity to unveil it yourself. Financially for us, it's frus­trat­ing but the creative dis­ap­point­ment we have with it… Obviously there'll come a day where it is available for download for free somewhere, people are gonna do that but as far as diluting money from sales, that's not the focus as artists. It's like if you were a fine artist and you had an exhib­i­tion, and then you'd spent all this time preparing for it and someone came along and exhibited a copy of your work before you had a chance to, and stole your thunder.

Do you have any pets?
No I don't actually.

Why not?
It's one of the unfor­tu­nate trade-offs of being a trav­el­ling musician.

If you were to have one, what would it be?
Probably a dog. I've had cats before but it's time to upgrade.

It's a mistake to trust cats.
Ha ha, they're not very trust­worthy, no. They're there for a good time, not a long time.

How much do you think your band's sex appeal sells your records?
Gosh. We have a lot of female fans so at least on the het­ero­sexual side of things, it's doing some business for us. It's not really something I've thought about.

In terms of sex selling, if you consider Britney at one end of the spectrum and Thom Yorke at the other end, where do Cut Copy sit?
Well hopefully closer to Britney but I'm not sure that she's a good example…

Well who is then?
I'm not sure these days actually. There's probably a few sexy people out there still making music.

Pop needs sexy people.
It couldn't hurt. If you're gonna make pop music, you might as well be sexy.

What are your views on the world of dubstep?
I'll be honest, it's really not really an area I know a lot about other than it's big in a lot of other parts of the world.

Is it yet to wreak havoc on the Australian charts then?
It feels like a phe­nomenon that hasn't had much of an impact here yet.

In the UK it is the new 'proper music'.
Are you sug­gest­ing we should make a sideways step into dubstep?

No.
You're probably right.

Seven things we can learn from Lady Gaga's Grammys performance.