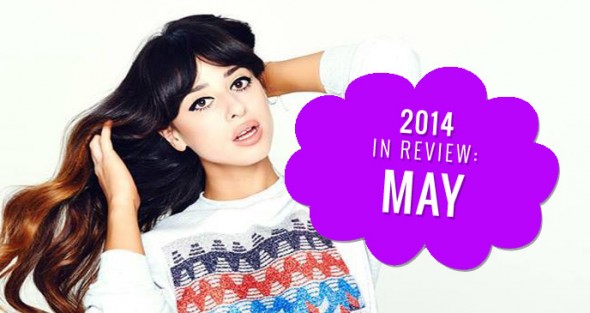 May 2014 was a month in which various things happened in ‘the world at large’. But how did these things impact Debenhams soundtrack artiste Foxes? Let’s find out shall we.

In May it was announced that the singer Foxes would appear in an episode of long-running children's programme Doctor Who.

Where in time and space would you like to visit?
Can I go to the future? Oh shit, but I always think that if you go to the future and you’re not in it then it’s really depress­ing. So maybe not in the future.

But you could go as you are now into the future?
And meet me? Maybe I’ll go to past me and meet me.

You don’t have to meet you.
You don’t think I should meet me? Awkward.

You’ve seen Back To The Future right? Where he kisses his own mum.
It gets weird. I don’t want to kiss my mum.

Okay so where would you like to go?
I would like to go to the 1960s. Solid. Just for the vibes.

Your album also came out in May. How did it feel to finally have it out?
I felt like it was never going to come out and then it was out. It was def­in­itely a ‘yes, finally’ moment. I felt like I’d worked on it for a really long time and it went Top 5 which was amazing.

Also in May, Egypt opened a 3D-printed, full sized exact replica of King Tutankhamnun’s KV62 tomb in the Valley of the Kings.

Not neces­sar­ily.
I like it when you’re put on a little raft and floated down a river. I’d quite like that, but I don’t want everyone to put up with the smell because they burn you don’t they.

You could have a tomb with 'here lies the 'Clarity' hitmaker Foxes' on it?
That could be fun.

In shocking news, it was announced that France was no longer the biggest national market for wine. Rather, it was the US, with Americans consuming 2.9 billion litres of the trumped-up fruit juice.

What’s the most embar­rass­ing thing you’ve done while drunk?
There’s a lot of things I’ve done that I can tell you about.

What was the most recent embar­rass­ing drunken moment?
I do a lot of embar­rass­ing things. I once walked onstage and head­but­ted the micro­phone after doing a shot of vodka.

Do you embarrass easily?
I thought that was actually a beautiful moment. You know the person things always happen to, that’s me. I’m so accident prone.

Have you embar­rassed yourself in front of Pharrell?
Yes. Towards the end of the tour we all got really friendly and it felt normal. But basically I was turning more and more into a lad and one day I was walking past Pharrell and I verbally vomited in his direction. I think I said ‘alright, bruv’ and then fist-bumped him. I was pissed. He thinks I’m a nutter.

Fedya, a 2m-long circus crocodile, was injured after she was crushed by a falling accountant during a minor bus accident in Russia.

(Laughs) What? Say it again. Why was a crocodile next to a bus?

No idea. Do you believe that tax doesn’t have to be taxing?
Did you take some form of LSD? You know what this feels like? It’s like being in a K‑hole.

Not that you’d know.
Not that I’d know.

Do you do your own tax?
I have an account­ant obviously, but I like to think I’m heavily involved in it all…

Also in May, Skype confirmed it had removed some emoji symbols which have the potential to offend.

What emoji best sums up your life at the moment and why?
The happy poo.

Oh.
I’m kidding. I quite like the angry clay man. Can I have a look at my phone? (Gets phone out) I like the woman pushing her hair up, she is me basically. I feel a con­nec­tion to her. I quite like the chick coming out of the egg, I feel like she’s positive. New life.

A man's 50-page legal challenge was rejected in US courts after he demanded the right to marry his laptop as he argued that the love he has for the "porn-filled" Apple computer was no different to that between gay couples.

If you took your laptop to the ‘Genius Bar’, what material would you want to keep private?
My photobooth.

Okay.
Doesn’t everyone want to keep that private? I lost my laptop the other day actually but luckily it was locked. No, I don’t really have that much to hide.

Would you marry your laptop?
No.

May also saw a worldwide celebration as the term ‘lol’ turned 25 years old.

Are you more or less respons­ible than you were five years ago?
Less I think. I’ve learnt that nothing really matters that much. Everything matters, but not that much. It is difficult on tour because you get food made for you, someone gives you a diary of what you’re doing so it’s kind of like becoming a bit dumbed down. You become a bit of a child again. It’s a very weird job. Then you come back off tour and you go to shop and you just look round looking for your tour manager.

In Europe an article was added to the European Data Protection Regulation, known as the “right to be forgotten”, that meant that users could determine what personal information could be displayed on search engine results.

What were the last three things you Googled?
I bet it’s something boring, hang on let me check (gets phone out again). Mine was ‘raw food delivery’. What am I a rabbit? I think I wanted to have a healthy week.

How important is sound quality to you?
Very very important. Beats are very good.

Any other brands you’d like to mention?
Sennheiser are also good.

How long did you keep the Apple own brand ones before you chucked them?
I was very happy with the iPhone ones for a really long time, but I borrowed my friend’s Beats ones… This is such a boring story I’m not even going to carry on with it. Sorry.

Thank you Foxes for that fas­cin­at­ing insight into your thoughts on the month of May 2014. We hope you had a sat­is­fact­ory year and wish you all the very best for 2015. 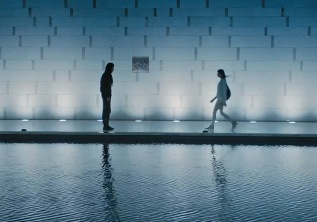 Madeon feat Kyan — 'You're On'