Adam Levine and Wiz Khalifa have made what the frontman describes as some "serious shit" in the studio.

Levine tweeted a photo this morning of the duo at work, sparking spec­u­la­tion of a potential col­lab­or­a­tion, then Levine tweeted the "serious shit happening in the studio" comment.

And Adam wasn't the only popstar Khalifa was working with today as he later posted another photo (this one here) of himself and Changed Man Chris Brown at a mixing desk.

In the accom­pa­ny­ing Twitpics, Wiz can be seen holding what appears to be one of Rihanna's 'special' cigarettes.

Emeli Sandé — Next To Me 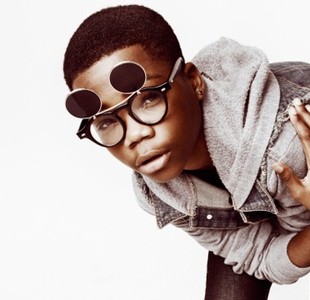 Astro has signed a record deal