Tulisa has beaten off Cheryl Cole and Rihanna to be named FHM's sexiest woman in the world for 2012.

Discussing her victory with MTV, Tulisa called the title a "lovely con­fid­ence boost" before letting rip with the cliché-strewn statement "I’m proud of me and I am who I am. I know that I’m marmite and I wouldn’t want to be anything less or anything more, I’m just myself".

She went on to say that the award would "stay on the man­tel­piece probably for the rest of my life". 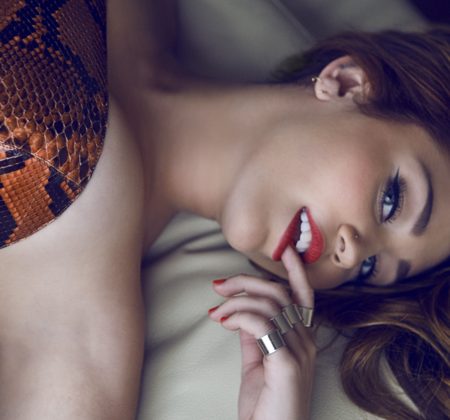 Kelly Clarkson, Usher and Nelly Furtado are all performing at the Billboard awards