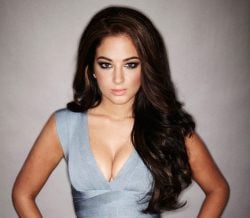 Tulisa has confirmed that she is working with usually-pretty-good song­writer Diane Warren on material for her debut album.

The N‑Dubz chanteuse tweeted that she was in the studio with the woman behind 'Too Lost In You', telling followers: "Studs with legendary @Diane_Warren..she said I was a bad bitch & gave me a pic involving a pussy cat,I bow down 2 the original TFB."

Tulisa has been recording material for her debut solo album in Los Angeles this week. The album's first single is expected in the coming months.