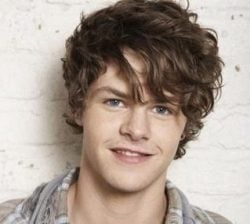 In the perfect coming together of minds, banter champions The Wanted are keen to work with self-righteous petrol station disrupter Dappy.

"We def­in­itely want to work with Dappy," Jay told celebrity gossip site DigitalSpy. "We've wanted to do that since the second album. It's just not happened. We're pen­cil­ling in writing time with him and a few others."

That wasn't the only insight into the creative process behind an album by The Wanted: "Once we have about five or six songs, we'll see a vibe, but if not we'll just keep writing more songs and see what happens."

Jay also went on to talk about The Wanted's mainly female (PHWOAR, RIGHT LADS!!???!) fanbase and how they're keen to 'branch out' into the male variety: "As much as we're a boyband, there are so many advant­ages to having a real loyal female fanbase, but I'm happy with how much we've branched out into the male side of things."

Because if blokes like you that means you're doing something right, right lads?!? Men like proper music and women don't!!!!!!!

Example has been nominated for a best newcomer award 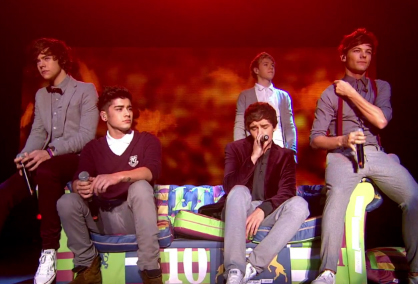 One Direction — More Than This