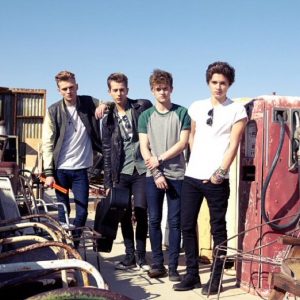 Good news everyone: The Vamps are going on tour.

The band announced the dates for their first UK headline tour on Twitter this morning, as one does.

If clicking the above link sounds like too much trouble, here are the dates (in 'chro­no­lo­gical' order):

That's all there is to it really.

Simon Cowell says One Direction are working on a TV show