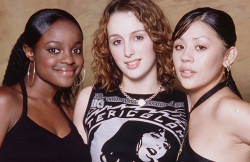 The Origibabes have been talking about their new songs.

Siobhan was first to reveal more about the group's latest activity, tweeting: "The singles are in the baaaagggg!!!"

"…and none of it is what you're expecting," added the 'So You Say' hitmaker.

Keisha proved to be a bit more descript­ive about their new stuff, claiming that "[the song] today was a club banger for the under ground massive! This ones gonna have you all Skankin #Studio".

To top it all off, pro­duc­tion 'outfit' Major Toms confirmed that "[they've] had the Sugababes (original) in the Major Toms studio all this week cooking up a storm!"

Mutya, meanwhile, got a bit upset because all this singing stuff is getting in the way of her finding a man.

So that's what's been happening in the world o'the Origibabes. 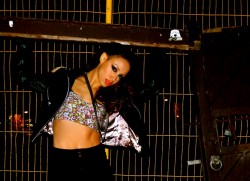 Amelle actually wants to hear some Origibabes music thanks