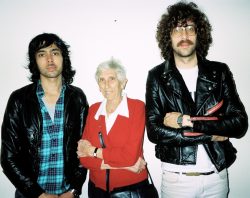 Justice have announced details of their second album, the prom­isingly-titled 'Audio, Video, Disco'.

Their first album '†' probably could have done with a few more 'D.A.N.C.E.'-style numbers, ie more on the 'disco' side of things so maybe we're in luck, right? Well…

According to the usual 'Press Release material' that appeared in the Popjustice inbox today, the record was influ­enced by "music that's been to our taste during the making of the album — ELO, Black Sabbath, The Who… Quite a few people like their sound. Maybe they will like ours too."

In happier news, the press release came with this image of Justice with an old woman. Amazing.

'Audio, Video, Disco' Will be released on October 24 on Ed Banger Records. More inform­a­tion can be found on Justice's Facebook page and this here interview with Pitchfork. 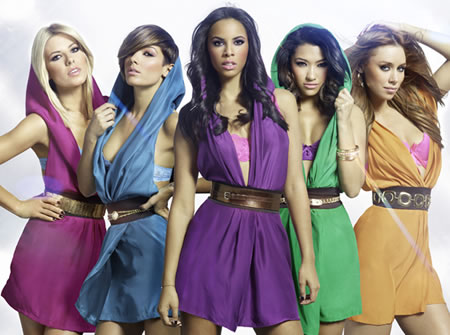 There's an app for Sat