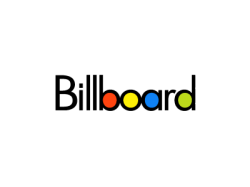 The Billboard Hot 100, or "the pree­m­in­ent singles chart" as it refers to itself in the press release, will from this day forward include YouTube streaming data in its ranking system.

All Hot 100 formula-based genre charts, such as Hot Latin Songs and Hot R&B/Hip-Hop Songs, will now incor­por­ate "all official videos on YouTube captured by Nielsen's streaming meas­ure­ment, including Vevo on YouTube, and user-generated clips that utilize author­ized audio".

As you may have guessed, this bodes well for 'Harlem Shake', which 'rockets' up to Number One on this week's Hot 100.

Other notable bene­fact­ors include Rihanna, who lands at number 3 after releasing the 'Stay' video this week, and 'Gangnam Style', which jumps back up to number 21.

Amelia Lily has shared a snippet of her new single

Emeli Sandé, Adele, One Direction and 'Tom Howard' all won at the Brits last night