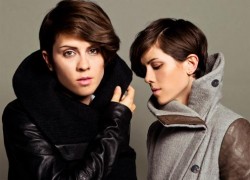 Tegan & Sara have said that they're not done with the pop genre and would like to explore it a bit more if that's okay.

Having a chat to Billboard about the success of their Greg Kurstin-produced album, 'Heartthrob', Tegan said the following:

"I think for us, it's been really inter­est­ing, because we grew up on pop music so the idea that we got to bridge the gap to what we've done in the past and what's popular now has been really exciting."

Sara, meanwhile, says that the pair are "always working on music" and are keen to work with Kurstin again, but also — and maybe sit down for this — MAX MARTIN.

"I think that we have more to explore with the pop genre," Sara continued. "I like what we're doing right now. It's chal­len­ging, it's totally new for us, it's forcing us to think outside of the box we were in for a decade, and like Tegan was saying, this audience that's been drawn to this music is really exciting to us." 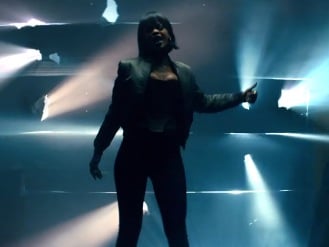