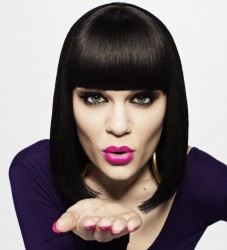 Jessie J and Kelly Rowland were among the musical winners at last night's Glamour Awards.

will.i.am presented Jessie with the Solo Artist award, her second in a year. "A Glamour double dot com forward slash boom," she remarked backstage after her accept­ance speech. "I always forget how common I sound on a micro­phone that loud but it was nice to have my boy give me my award."

X Factor redund­ancy recipient Kelly Rowland won the TV Personality award and said that she would "abso­lutely" do a similar show. "You're cel­eb­rat­ing new talent and new oppor­tun­it­ies for talent, you know? It's exciting," she bull­shit­ted gloriously.

Florence + The Machine won Band Of The Year, Kylie Minogue was given Outstanding Contribution while Dionne Warwick took home the Icon Award. (Caitlin Moran also won Writer Of The Year but she's not a popstar, yet.)

Jay Z and Kanye West — No Church In The Wild