Sky Ferreira's not a massive fan of being plonked in a room with a new producer every five minutes and/or being told to write a massive global smash to be honest.

In a fairly lengthy and revealing interview with The Phoenix, the 'Obsession' hitmaker said the following when asked if she had trouble trusting producers in the past.

"Yes. People have their motives. They want what’s best for them. Unless people truly believe in the artist, when you’re going into a room every day with a new producer and writing with a new person on the spot … This doesn’t work out for me."

"I just don’t take [song­writ­ing] very seriously when I do that. So now I pretty much stick to Ariel Rechtshaid and Jon Brion. Those are the two producers I work with," she continued.

"I like to col­lab­or­ate with other artists, that’s one of my favorite things … but I don’t like going into a room with a producer and being like, 'Okay, we’re going to make a song for the radio.' What’s the point? Why sing something that anyone else can sing?"

That's not to say that she wouldn't be averse to singing a song written by someone else, mind you.

"At times I will take songs if they sound amazing. I don’t need to write all of my songs. I know I write most of my songs. So if a song sounds amazing, I will take it, but it’s going to mean something," she explained. "I won’t take it just because I think people will like it. People can take it or leave it. As long as I like it, I’m good." 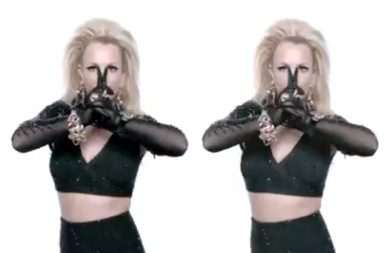