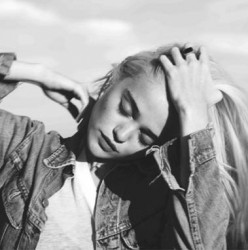 Sky Ferreira has been chatting some more about why her debut album has been delayed again.

"I ori­gin­ally was done but I felt like I could write more and I had the chance to work with some other people," she told MTV Hive.

"I couldn't pass up the oppor­tun­ity. I’d rather have an amazing album than a good album," she added, which is a good way of thinking about things.

So who are these people exactly?

Well, producer Ariel Rechtshaid is one of them (although he'd already produced loads of the other songs anyway), Grimes might be another ("I've been talking to Grimes about trying to figure something out") and then maybe there's Dev Hynes ("he’s a busy guy, though, so will see").

Apparently an EP is out on September 16 but we'll believe that when we see it.

Apparently Jennifer Lopez and will.i.am will be judges on the next 'season' (series) of American Idol