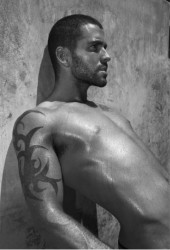 Following the news last week that Joe McElderry has been 'released from his contract' with Syco, it was announced today that Shayne Ward is in a similar position.

Despite per­form­ing during the live run of last year's series, Ward's third album 'Obsession' missed the UK Top 10 (due to being shit) and the second single was scrapped.

A Syco spokes­per­son told The Sun: "After five very suc­cess­ful years and an inter­na­tional career which saw him sell over 3.2 million records, Shayne's contract has come to an end."

This means the only male winner still signed to Syco is Matt Cardle.

The unfinished version of Beyonce — 'Girls (Who Run The World)'

Mariah Carey will have a role on US X Factor