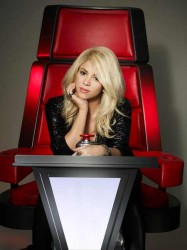 Shakira and Usher will both return to The Voice US as coaches for the show's sixth 'season' (series), which appar­ently starts next February despite the fact that the last one literally finished last night.

The news was announced by their PR agency Edge Publicity in the following manner:

"[email protected] and @Usher return as coaches for the S6 of @NBCTheVoice which kicks off with a two-night premiere on February 24th and 25th."

The pair pre­vi­ously replaced Christina Aguilera and Cee Lo Green for 'season' (series) four, but this time will both have something to promote we imagine.

One Direction have now got their own 'eyewear' (spectacles) range