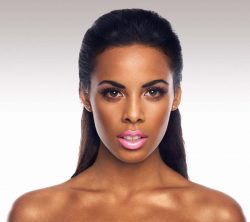 The Saturdays will release their next single at the end of the summer with an album to follow early next year according to the band's tallest member, Rochelle.

Talking to Maximum Pop at the launch of something swanky, Rochelle confirmed that work was under way on the new album and that the single is recorded but doesn't have a name as yet.

"It’s going to come out at the end of Summer," she confirmed.

Asked if it will be similar to 'On Your Radar', she replied: "It’s very dancey, but it’s going to be a lot more edgy than our previous stuff and what we are known for. I think we are def­in­itely a pop band so we will carry on doing what we do best."

"The best thing about singing for me is always being able to try out different stuff," she concluded.

Lawson — Taking Over Me